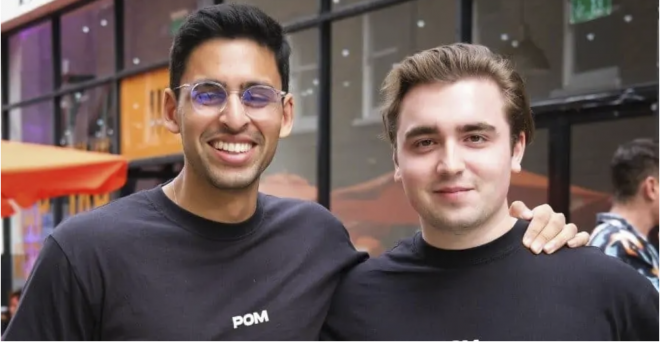 An intelligent dating app raises £1.5million in a pre-launch angel investment round.

POM, an intelligent dating app, has successfully raised £1.5million in a pre-launch angel investment round for the development of its emotional algorithm. Founded by Vihan Patel and Vladimir Ignatyev, the app matches users based on their taste in music.

The app was officially launched in London on August 10. It currently has 25,000 members and is accepting pre-registrations. It uses a unique technology to analyse the users' taste in music based on their music library and their answers to a questionnaire during the registration process.

Vihan Patel, co-founder of POM said, “I first came up with the idea for POM at university, where I organised club nights. It became apparent that people behaved very differently depending on what type of night it was, a rock music or R&B-themed night for example. This influenced what they wore, what drinks they bought, and how they interacted with one another, which proves how instrumental music is to a person’s identity (pardon the pun!).”

“That got me thinking music clearly plays a deeper role in who we are than most think. It’s a voice for emotion, and using music as a vehicle to understand emotion allows for a greater understanding of other people, and of course, potential partners.”