The upcoming month of February is Library Lovers' Month

The upcoming month of February is Library Lovers’ Month, and for all literary lottery fans out there, we’ve compiled a list of some interesting lottery-themed books to check out from your local library! So, grab a ticket to your favourite lottery – you know, just to start dreaming and enter the atmosphere, and enjoy!

The Rich Part of Life by Jim Kokoris 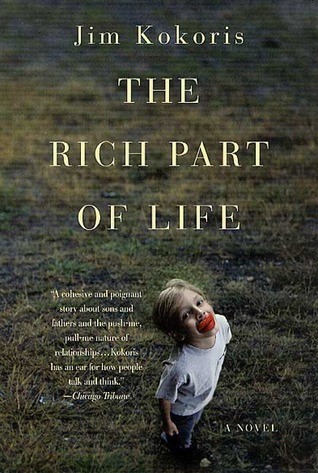 Teddy and his brother have just lost their mother in a road accident and are left in the care of their detached father, a Civil War professor. Their father buys a lottery ticket and wins $190 million by playing his wife’s old numbers. How will Teddy and the rest of his family deal with this unexpected sum of money? Chicago-area novelist and humourist Jim Kokoris takes us on an emotional journey not to be missed — especially by lottery fans who are also Chicago enthusiasts as the setting is wonderfully described.

This novel revolves around Perry Crandall, a 31-year-old man with an IQ of 76. His grandmother teaches him what’s important in this world, including playing the weekly lottery. When she dies, Perry is orphaned and alone until he wins $12 million in the Washington State Lottery, and all sorts of people come out of the woodwork. Will he know whom to trust now that he doesn’t have his beloved grandmother around? Shortlisted for the 2008 Orange Prize for Fiction.

Lucky You by Carl Hiaasen

JoLayne Lucks lives up to her name when she stops by a local convenience store to pick up a lottery ticket and play her usual numbers (the ages at which she dumped her former boyfriends) and wins the $28 million Florida Lottery jackpot. However, her luck ends there as she shares the win with two other Floridians who couldn’t be more different from her, and who have very sinister plans for the ENTIRE jackpot. Adapted into a play which premiered in Edinburgh in 2008.

The Winner by David Baldacci 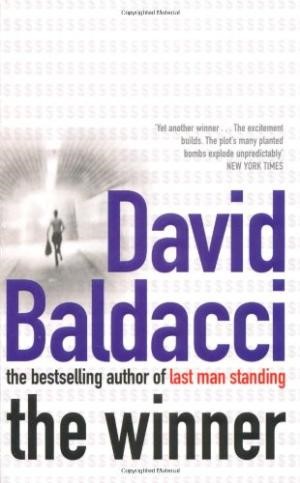 What would you do if you were offered a nine-figure jackpot? A 20-year-old mother living in a trailer park with her infant daughter is offered a $100 million lottery ticket. The only stipulation? She needs to change her identity and leave the US and must never return. Is it an offer too good to refuse and what will be the true cost of her decision? A fun read for suspense fans.

Charlie and the Chocolate Factory by Roald Dahl

I’ve got a Golden Ticket! Roald Dahl’s beloved children’s book centres around Charlie Bucket, a poor and humble boy, and Willy Wonka, the reclusive owner of a large candy factory, who decides to hold a lottery of sorts. He hides five Golden Tickets in chocolate bars across the world, and the lucky winners will get a tour of his factory and a lifetime supply of candy. When Charlie unwraps his chocolate bar, a whole world of delight opens up. A timeless classic, good to read over and over again.

Molly Bailey is a good-hearted florist. Very good-hearted. After winning £4.2 million in the National Lottery, she decides she needs to give her newly won fortune away — a decision that her miserly brother couldn’t disagree with more. To add to her ordeal, Tom Mackenzie, a desperate journalist, decides that she is the story that could save his career. Will Molly succeed in helping others or will her brother and the media bring her down? For fans of cute romantic comedies and chick lit, a fun adventure ensues!

The Lottery Ticket by Anton Chekhov

Ah, to end on Chekhov! Ivan Dmitritch’s wife Masha spends all her money on the lottery. He is not at all happy with her choices, but his tune changes when he reads the paper and sees that her numbers match the winning numbers. Without checking the final number, the pair start to fantasize about what they would do with their winnings. Husband and wife begin to fight, hatred, desire, and greed grip them — a state in which they will remain until Ivan can bring himself to check the final number. One of Chekhov’s lesser known short stories.

Of course back to reality there are many other ways of achieving these dreams by playing the lottery online.