Lotto tickets to double price to Â£2 in autumn 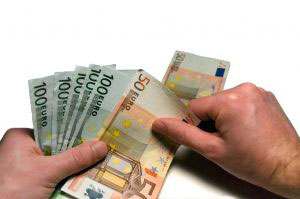 Operators said the increase will create more winners; thousands of players arenâ€™t happy calling the increase tax on the poor.

With the ongoing recession, the price increase on Lotto ticketsis definitely something that players will not be happy to welcome with their two hands.

Last week, it was announced that the price of a ticket is to double in autumn. Operators Camelot justified the price increase saying that this is the first rise since the game was launched in 1994.

The firm also said that the extra revenue will mean more cash for worthy charities.

However, thousands of players were not happy about the news. Some of them took to Twitter and Facebook. Some even called the move as “tax on the poor” while others slammed the increase as “greed.” Hundreds threatened to boycott the game.

Meanwhile, the game operator said that the increase is not “unreasonable.”

The spokeswoman for the Lottery Commission said that players do have other options if they don’t want to pay the £2. There are still lottery games that cost £1.

Camelot, which is now owned by a Canadian teachers’ pension fund called the rise an “exciting” change and it said that it was a response to market research.

They said that players were looking for more ways to win money and they demanded new prize structure.