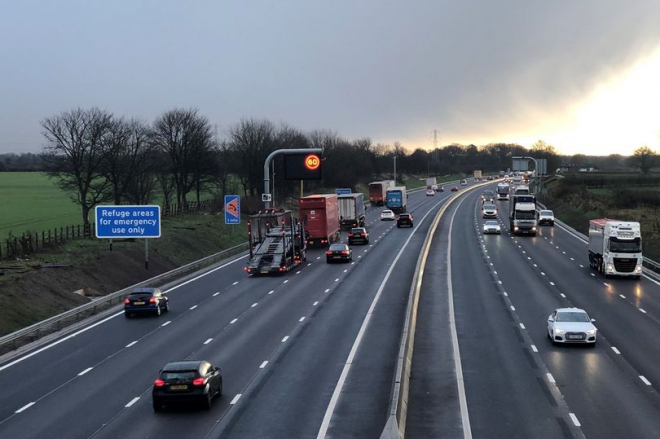 Highways bosses admit to a string of faults and glitches on the M62.

Whistleblowers within the National Highways have revealed 'unsafe' glitches and faults that are currently plaguing Greater Manchester's M62.

An insider reveals that staffing issues, technology lapses and manufacturing faults are the leading cause of problems and delays on the roads. The insider said: “Road traffic officers are fearing for their own safety, as well as that of all other road users, meanwhile the official reports are deeming Smart motorways amongst the safest of them all.

“The situation is dire. Traffic officers are requesting signals for lane closures, speed restrictions or warning legends and too often the reply from the control centre is that the signal prior is faulty.

“It’s becoming a not very funny standing joke. This is happening regularly. Some signals have been faulty for months on end.

"There are so many broken signals traffic officers are now having to perform rolling road blocks in order for recovery services to safely leave the emergency bays.”

National Highways has since acknowledged the issues but says if there is a problem with any part of the system, 'other parts remain active to help keep traffic moving safely.' However, staff argued that such faults are serious hindrances to their jobs.

Jim McMahon, Oldham MP and Shadow Secretary of State for Transport, said: “We’ve met with families of victims who have died on smart motorways and many of these deaths could have been prevented had a hard shoulder been in place.

“It’s not just people at risk if they break down in the hard shoulder, it’s the delay in people receiving treatment because an ambulance can’t get to them because every lane is blocked.

“The Government has been warned they are not fit for purpose, there are too many holes in the system - the CCTV, the overhead gantries, the adequacy of radar equipment, staffing at monitoring stations - it’s all been well-rehearsed.