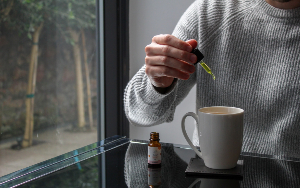 CBD and THC have captured the world’s attention.

But cannabis consists of around 100 chemical compounds, all with unique properties and potential benefits. Cannabis is a complicated plant. It’s about time we started paying attention to all of its aspects, not just the ones that get you high or are the current trend. In this article we discuss the main differences between CBD, CBDA, CBG, and CBN.

Cannabis consists of many chemical compounds known as cannabinoids. The two most famous are THC and CBD. As cannabis prohibition comes to an end and more research is done, we are finding even more uses for this incredible plant. CBDA, CBG, and CBN are the three up and coming cannabinoids to keep an eye on. While we don’t have as much information on these compounds as THC and CBD, it’s becoming clearer how they will be used in the future.

What is the Entourage Effect?

An important aspect of cannabis is the phenomenon known as the entourage effect. This is the relationship these cannabinoids have with each other and the other important compound found in cannabis called terpenes. When used together, they create what is believed to be an increase in benefits.

CBN has recently become known as the cannabinoid that helps fight insomnia. While many users will verify this statement, as more research is done, this claim seems to be falling apart.

CBN is created by THC aging. When left out or under harsh light, THC will start converting to CBN. Some cannabis connoisseurs even seek out old cannabis flower for this reason.

Cannabis researchers think that CBN has gained the reputation for being sedative is because many CBN users are using the cannabinoid along with THC. There isn’t any evidence that supports the claim that CBN alone promotes better sleep. There is however evidence of the combination of THC and CBN creating a sedative effect. This could be the entourage effect in action or CBN may not be the savior for those looking for a natural sleep aid.

CBN oil also differs from CBD in regard to its effect on appetite. CBD is known to suppress hunger while CBN is thought to an appetite stimulant. This makes sense considering its close relationship with THC.

The number one biggest difference between CBD and CBG is the amount of research we have on CBG. While this is true for all cannabinoids, CBG is especially lacking solid studies to base claims off of. However, the little we do know we do know is extremely interesting.

CBD oils have an effect of the endocannabinoid receptors in our brains in an indirect way. When introduced into the body, CBD acts as a regulator to other parts of the brain that effect the activity of the CB1 and CB2 receptors. CBG directly interacts with these receptors in the way we know THC reacts with them. We don’t quite understand what that means as far as benefits are concerned, but it is very exciting.

CBG is considered to be the next cannabinoid to blow up and become mainstream because of its ability to directly interact with CB1 and CB2 receptors.

The main reason we don’t know much about CBG is because it is expensive to produce. Cannabis and hemp plants don’t contain much CBG, so the amount of mass needed to produce significant amounts of CBG is much higher than that of THC and CBD.

CBDA is the decarboxylated state of CBD. Meaning CBDA turns into CBD. This makes it difficult to produce and more so maintain its biological state. There have been some promising new methods in isolating CBDA but for now it’s too hard to produce to really get a feel for its benefits.

Back in 2008 scientists found that CBDA and other acidic cannabinoids resembled a popular anti-inflammatory drug. Another study done in 2013 found that CBDA was more successful in binding to a serotonin receptor than CBD.

CBDA does show promise, but its unstable state makes it difficult to study let alone sell for public consumption.

As we get deeper into the biochemistry of cannabis more cannabinoids and more benefits are likely to be found. One aspect they all share is that we need to do more research.