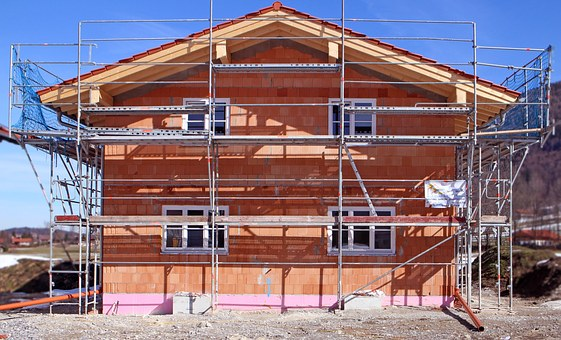 When you first buy a home, you might be sick and tired of all of the various extra expenses incurred in the process.

Closing costs are a pain and you might even need to pay your realtor something more at the end. This is before you even factor in costs related to signing a mortgage.

As a result, you might be reluctant to invest in a first year home warranty. However, these plans can actually protect your investment and ensure that you won't end up spending more money at a later date. Depending on the type of mortgage contract you've signed, you might actually be required to invest in some kind of additional insurance package.

Warranties can help to satisfy this requirement while also bringing a number of other related benefits along with them.

Depending on where you live in the country, you might have to seriously consider damage due to foul weather patterns. A tornado or other malady can cause relatively severe damage that your homeowner's insurance policy might not actually cover. As a result, you could be on the hook for this kind of thing yourself.

That's especially true if a storm were to damage something like your air conditioner, since some traditional insurance companies don't consider these to be part of the house. They look at them more like an appliance, which normally isn't covered.

By getting a policy from a local warranty firm, you'll be protected against local storms. For instance, homeowners who opt to buy a policy from a Florida home warranty company are usually better covered for damage from hurricanes, which are a serious problem in the state. The same goes for homeowners in Mississippi and Alabama, where these storms are relatively common but may not be covered under typical warranty policies.

You'll also be better protected against maladies that might not normally fall under the umbrella of weather classifications.

Earthquakes are often considered a weather pattern, but scientifically they're caused by geological processes that have little if anything to do with meteorology. Most people wouldn't be interested in this, because they're normally concerned only with the damage caused by these forces of nature.

Lawyers who work for home insurance companies, however, see a nice little loophole here that's helped them out of paying for homes that get damaged by earthquakes and landslides. Since these aren't weather patterns, they're not covered by policies that protect against weather but not other types of damage.

As a result, you might be stuck paying for this kind of thing yourself if you don't have a first year warranty. While this might seem like an unusual concern, experts feel that there's a 14 percent risk over the next 50 years of a major Pacific earthquake. That means the risk is actually much greater than it might otherwise seem.

For a more down-to-earth concern, you might also keep in mind that attorneys use that appliance loophole to avoid paying for many other things as well.

Washers, dryers and even your plumbing fixtures might not be considered part of your home. Even if they are the chances are good that your insurance company won't pay for failed refrigerators or stoves. During the first year you have your home, you're more than likely going to be using the previous owner's equipment. If they didn't do a good job maintaining it, then it might fail on you unexpectedly.

It's often hard to tell how old some household appliances are. If you invest in a first year warranty, then you'll be covered without having to spend too much money. Should your appliances last that time you won't be on the hook for a large sum. Those who need the warranty, however, will be able to take advantage of that safety net.

Perhaps most importantly, though, a first year warranty often comes with a longer term option. If you like the policy at the end of the year, then you might be able to snag a discount and extend it indefinitely. You might even be able to lock in a lower rate for a number of years if you don't need to use it in your first one.