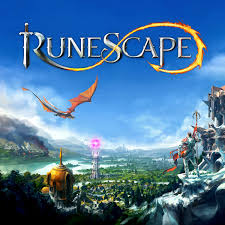 Video games are one of the major entertainment industries in modern times.

Since the beginning of the new millennium, they have become more and more popular together with accessibility to PCs in general. The player counts for both online and single-player games have skyrocketed. It did not take long for the developers to see the slumbering potential. The advent of e-sports not only attracted more players, but it also created an opportunity to play your favorite game and also earn real-world currency! Today we’re taking a specific case of RuneScape and how one can make money while playing.

RuneScape has been around for about 20 years, more than some of the people playing it. That’s really crazy, especially because it’s an online game and online games must be constantly maintained and updated in order to keep sufficient numbers of people playing the game for it to be profitable. RuneScape’s popularity stems from the fact that it is very accessible: you don’t need to have a beast of a PC to run the game. In the past, you only needed an internet connection and to open your browser. Today it is possible to download a client. The simple graphics of RuneScape do not demand much from your machine. In fact, you can play Old School RuneScape on your mobile device! We’re not far from being able to run the game on a toaster, give it a couple of years.

What increases the game’s availability even further is that it is free-to-play. You need a subscription to enjoy the full game, but the free demo contains more than enough content for a player to make up their mind about the game and it does not expire. You can even level up some of the skills to the maximum level of 99 without paying anything! However, in order to enjoy the full game, you must purchase a membership.

Like many other games, RuneScape has a competitive aspect to it. Every season, which lasts three months, the Deadman Mode offers players an opportunity to compete with each other for real money prizes. However, that is for the highly competitive types and thus we’re not going to talk in more detail about the mode.

You can make real money from playing the game even without making it your job, as is the case for some streamers, for example. Same as in real life, in RuneScape the free market reigns and most items can be bought and sold. As in the real world, the laws of supply and demand apply. And, as in the real world, the lower the supply, the higher the price. This means that items that are difficult to obtain can be very expensive. A player can choose which way they want to earn gold: they can level up their combat skills and fight monsters until something rare drops and sell it for gold or can become a master artisan, level up any of the profession skills to the max (most likely more than one) and sell the products they make. Both ways are viable and require patience, with the first one being less consistent than the second.

Once you have amassed a lot of wealth, you may be wondering what to do next? Do you have enough gold for supplies? Did you get those items that will help you obtain gold at an even faster rate? If you answered yes to both, then you can sell the excess gold for real money. After the first transaction, we recommend to buy yourself a pizza. Or whatever you like. Consistent effort must be rewarded!

There are plenty of places where you can sell your RuneScape gold. You will have no trouble finding one with a simple Google search. However, that does not mean that they’re all trustworthy. Always make sure to read the customer reviews and the buyers’ own rules. Take time to chat with their customer support. If anything, you can always sell a small amount of RuneScape gold, just to be safe. At least that’s the hassle other people must go through and possibly even more. You, dear reader, have come to the right place because we already know a trustworthy gold buyer. You can sell RuneScape gold here and you will not regret it one bit.

There are more ways to make RuneScape gold. For example, staking in the Duel Arena. The process is simple: you challenge someone into a duel, they accept, you stake money or items and the winner takes it all. There are also people who simply run around looting stuff in the Wilderness. The range of possibilities is vast, just as Gielinor itself.