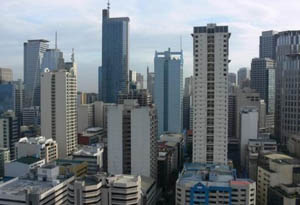 A recent report by Tech Nation has confirmed that the northern city of Manchester, which now boasts a cumulative digital turnover of around £2.9billion, has emerged as the fourth largest technology hub in the United Kingdom and the single biggest tech hub outside of London.

In this article, we’ll look at three of the most significant players in the Manchester tech scene that have showed an impressive growth in recent years.

Intechnica – Founded in 2007, this company is credited for playing a pivotal role in the sustained success of online retail brands in the city. It is the creator of TrafficDefender, a cutting-edge software that helps online retailers cope with surges in demand at peak times by minimising downtime and enabling users to drive optimal sales.

ANS Group – This is one of Manchester’s best loved and longest standing technology giants. Founded in 1996 by tech entrepreneur Scott Fletcher, the company offers managed and private cloud service to both the public and private sectors. Its list of clients include The University of Nottingham, Guys and St. Thomas’ NHS Foundation Trust and ODEON and Opus Energy.

Response Tap – The company is known for being the first in Europe to successfully launch a campaign level tracking project integrated with Google Analytics. With offices in London and Atlanta, the company employs 80 individuals and has raised more than £4million in funding so far.