Manchester Could be Home to Solar Farm 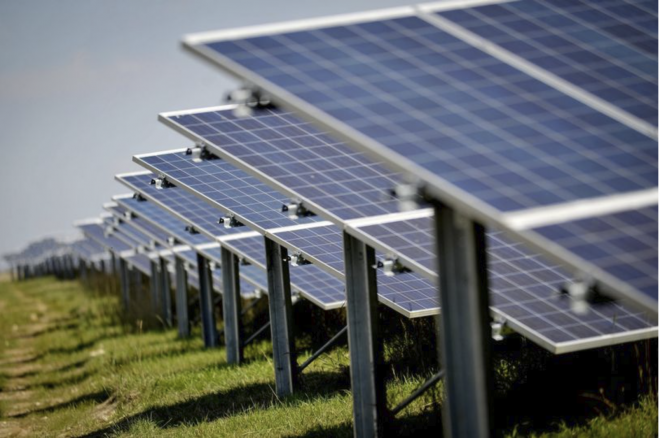 Manchester reveals plans to build a £30million solar farm to help the fight against climate change.

Manchester city leaders are to discuss plans to acquire a £30million solar farm to help the fight against climate change. City councillors have previously said that renewable sources of energy will help to reduce carbon emissions.

However, a feasibility study carried out by the public sector revealed that there is no suitable place in Manchester for the scheme. It said that a solar farm requires at least 100 hectares of land, which is equivalent to 150 football pitches. Thus, the council may need to look outside Manchester or Greater Manchester to realise the project.

Cllr Tracey Rawlins, executive member for environment for Manchester City Council, said: "Some people will have a chuckle at the idea that Manchester might invest in solar power generation.

"We're famed for many things but, while our weather is actually better than its stereotypical image, wall-to-wall sunshine isn't one of them.

"Climate change, though, is no joke and we are determined to ensure that we take radical steps to maximise the council's use of renewable energy and help meet our target of at least halving our direct emissions by 2025.