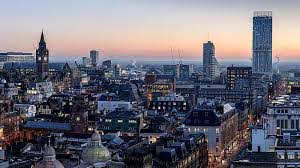 Manchester overtakes Cambridge to become the second most attractive UK city for tech investment next to London.

Manchester is now recognised as the fastest-growing tech city within Europe and the second most attractive UK city for tech investment after London. Manchester's venture capital has increased from $199.1million in 2018 to $687.6million in 2019.

2019 was a big year for Manchester due to the successful IPO of e-commerce giant The Hut Group and the success of other companies that have helped to power the city's growing e-commerce industry, including On The Beach Holidays and Auto Trader UK. Manchester's tech sector employed more than 100,000 people in 2019. Currently, there are 3,690 IT vacancies across the city centre and 4,235 open jobs across Greater Manchester.

Digital Minister Caroline Dinenage said: “Manchester’s tech star has been rising for the past few years and the recent success of The Hut Group has helped to cement the city’s reputation as an industry hub to rival the capital.

“These new figures show it is creating new jobs and opportunities, and I am delighted that some of the country’s leading tech talent are coming together to discuss how we can help further strengthen the UK’s reputation as Europe’s leading tech player.”

Dr George Windsor, Head of Insights at Tech Nation said: “New data on Manchester’s tech industry demonstrates how much the city’s tech credentials have grown and it’s great to be able to celebrate the successes of startups across the region. This event will be a perfect opportunity to bring together some of the best minds in the North West to discuss how the sector can help both the national and regional economic recovery.”

Andrew Hunter, co-founder, Adzuna: “We’re seeing demand for tech jobs surging across Manchester with high salary offers to entice skilled workers from across the UK. As the country looks to move forward from Covid-19, attracting the right talent will become even more competitive.”