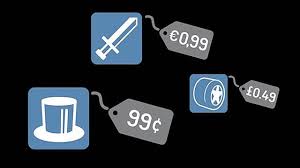 Microtransactions have proven a bit of a lightning rod for gamers, analysts, politicians, and just about anybody who has an interest in video gaming.

Recently, microtransactions have proven a bit of a lightning rod for gamers, analysts, politicians, and just about anybody who has an interest in video gaming. The reasons are plentiful, (their overall fairness to consumers, their presence in full-price games, etc.) but one thing has become clear. Like it or not, they aren’t going away. This funding model is simply too valuable to developers.

Microtransactions are perhaps most commonly associated with free-to-play games like mobile titles and MMOs, which may otherwise present no financial barriers to players at all. Often, the only thing gamers may want to pay for are cosmetics for their avatar, various speed-up functions, and access to gated areas or levels. The free players are effectively paid for by the big spenders.

On paper, it sounds like an ideal system, if we discount the fact that a game’s overall success tends to rest on the bank accounts of a few players. However, microtransactions have been misused by several major companies, who have introduced a random chance mechanic to make some premium items more valuable (and rarer) than others, even if they come from the same ‘box’.

Of course, this is the much-maligned loot box, a concept that appears in franchises like FIFA, Call of Duty, Overwatch, NBA2K, Fortnite, and Apex Legends, among many other games.

Given that we know our chances of acquiring the best items from the throw of a dice is slim, why do we bother at all? It may all be a question of brain chemistry. Research indicates that different people have different responses to risk and reward. However, according to Rob, casino analyst at Bonusfinder UK, a large-scale study on the concept was only done for the first time in 2021.

In a recent article entitled ‘Do Different Choices Go Hand in Hand with Personality Traits?’, author Rob McLauchlan notes that risk-taking behaviours are linked to low activity in the dopaminergic midbrain, a region of our grey matter that has roles to play in memory and reward processing. In a hypothetical scenario, people with this cerebral makeup are more likely to pay for loot boxes.

Touro University expands on this topic by adding that microtransactions are sometimes tied to loss aversion. Put another way, they’re offered when a player is struggling with a challenge and, therefore, may be impulse purchases that originate in frustration. Items that have a timer attached to their sale may also create a 'fear of missing out' (FOMO), a popular marketing tactic in every sector.

There’s absolutely nothing new about microtransactions, though. While the idea of buying lives or turns on a game sounds awful today, it’s exactly how titles were funded in the now mostly-extinct arcades. In effect, at least part of the video game industry has returned to its roots. Mercifully, at least the sticky floors and dark, musty halls haven’t decided to join it in the future too.

So, while it’s difficult to find a person that appreciates microtransactions, it’s also going to be difficult to separate them from your favourite games.