Mobile Gaming Will Continue to Rise 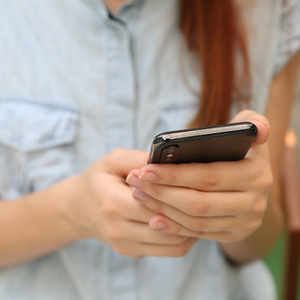 This past decade has seen gaming elevate to new heights completely.

Apps have become the new normality and source of gaming for many players all over the world. Many believe that in-app gaming will continue to be a part of the future but also become something that is heavily sought as internet users continuously expand all over the world. Ideas in the gaming market are believed to just be on the cusp of their development, meaning there is yet more to come and to be expected in the years 2021-22.

It is believed the many players nowadays actually spend more than 9 hours a day, when it comes to gaming on their mobile phones. So, many gaming developers use data like this to plan for the future, knowing that user engagement very much correlates and checks in i.e. there is potential there. If you are interested in having a look for yourself, what all the fuss is about, take a look atthis site, for the best mobile gaming platforms where you can win money too as you game! What gets better than that?

Most industries during 2020 really suffered from the effects of COVID. However, the gaming industry really saw a surge in its engagement during the past year, as essentially while everyone was at home and not able to walk from the massive international lockdowns, gaming was what was left for people to entertain themselves with. All gaming markets, be it online gambling, consoles, PC etc. sawsharp increases of engagement from players globally. There was a direct correlation with the data to support more people at home, means more people gaming. Mobile gaming was the preferred platform too, and do you know why? It is because usually, a mobile device is something everyone usually has on them at all times. Most people these days operate via a smartphone, meaning they are able to access the mobile gaming software that is released by huge gaming corporations within the gaming realm.

Many of the industry's analysts estimate that mobile gaming will continue to generate revenue, hitting $77.2 billion by the end of 2021, and it could be even more than that. In just one quarter of 2020, the revenue surged by 45%, meaning if conditions within the world mimic the severity of the pandemic last year, it is very likely that mobile gaming will continue to surge in popularity regardless.

Marketing campaigns within 2020 were massively extensive. In fact, digital campaigns were able to reel in 66 percent more players than usual, meaning that should give you an idea of how saturated digital marketing actually was during the year 2020. Many campaigns across social media, were the primary preferred option of choice, to get gaming products out there by software establishments.

According to GameAnalytics, there were a total of 1.75 billion new gamers who took up the mobile gaming front as a form of entertainment during the pandemic. There is only evidence to suggest that there will be further exponential growth, with no signs of any slowing down. There are even suggestions that the number of users will continue to peak, so that there is a total of 38% more gamers during Q1/2 in 2021.

It is predicted that Gametech, a large establishment, will continue to fuel its community during 2021, via digital communications. It is also believed that new technologies will be released as this year progresses and as the time goes on. Many gaming softwares such as Epic Games, Roblox etc. will continue to develop their tools to ensure that they can provide further and more advanced gaming for the collectively growing community that 2021 has brought and unveiled to awareness.

Most mobile gaming advancements begin with providing solutions to the existing platforms, in addition to expanding the monetization that comes with ad movements within gaming. Advertisements are key for revenue within mobile gaming, and as tech continues to improve, that remains a key focus for all continuations of mobile game releases.

It is believed that the adaption of in-app gaming advertisements will be added towards IAP games. Statistics from 2020, saw that 24% conversions were made from advertisements within mobile gaming applications. Growth managers have seen the potential that comes with advertisements within games, especially when the opt-in ads these days operate via the offer walls which give users a taste and free trial prior to any purchase actually needing to be made.

Socials will continue to rise

Social mechanics within gaming feeds should engage players and continuously provide reason for follow-ups from the audience. Aspects such as in-game chats, notifications and invitation schemes are what mature gamers to that next level. Social mechanics has always added depth and meaning to games, and an example of such technology advancements was demonstrated by the software EA. Their apps now enable players to hold group videos while they are actively playing. In addition to this, players can interact this way from all over the world, meaning it heightens the entire experience all together.

Surprisingly these features are yet to get out there currently, not all gaming software platforms utilise such technologies. So, 2021 will all be about integration of such services more adversely.

Social media partnerships have become rather common, as briefly mentioned above. For example, in late 2020 Snapchat had created a partnership with Zynga, which allowed Snapchat users to jump on into in-app games as they communicate and speak to other users within the application. Due to its success, many brands are not considering this huge leap and cooperation through many social media platforms (not just Snapchat), the most likeable choice for this present moment is TikTok, being that it is in its prime and continuously sees millions of followers join, each and every month.

COVID was a killer of business partnerships everywhere, as many are very aware of. However, gaming establishments saw to pick up those that were struggling, via merger deals and partnerships. Essentially moves such as this would consolidate business as one and ultimately combine efforts for gaming of the future. Examples of this in late 2020, is the Peak Games and Rollic Games. Both companies were merged by Zynga for $1.8 billion dollars.

This trend of large companies enquiring smaller companies will most likely be very common in the next year to come. 2021, will see many new relationships and mergers for sure and with time, combined efforts and technologies will without a doubt expand and heighten the current position of mobile gaming for the future.