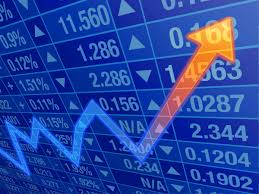 Moonpig, the Farrington-based online gifts and cards group has officially launched a £1billion IPO following sales surge during the coronavirus crisis. The company is looking to float at least 25per cent of the business.

Moonpig, which was founded in 2000, is one of the firms that soared last year as high street shops had to close for Covid. Nickyl Raithatha, chief executive, said that this is "the perfect time" to float and confirmed that there are now opportunities to expand in the UK and internationally.

Gerard Grech, head of the entrepreneurs' network Tech Nation said Moonpig’s float in London “marks the beginning of an IPO campaign for 2021 and the golden age for UK tech.”

He said: “This signals the credibility of the UK to build on its position as a world leader and become the preferred location to IPO companies on the London Stock Exchange, even after Brexit”.

Moonpig is being floated by Citi and JPMorgan. Jefferies, HSBC and Numis are joint bookrunners.