Most Anticipated Games of 2021 You Shouldn't Miss 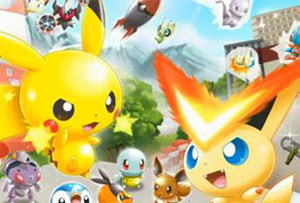 We can all agree that the year 2020 brought misery for everyone because of the pandemic.

Most of us survived through that with the help of enjoying ourselves by playing video games. A piece of excellent news for those who play video games; as 2021 comes, new and exciting online games will arrive, and everyone should be ready about it. There are several most anticipated games coming this year. However, to help you choose, we listed some of the best and legendary games that are best for you.

We've got another game that fans are expecting in 2021! After the overwhelming popularity of Far Cry 5, Ubisoft went hard to work on another chapter of the sequence.

Far Cry 6 is an FPS video game that would take place on a fictitious Caribbean island. The player will take on a guerrilla fighter's role combating the dictatorial government of the island's "El Presidente." Far Cry games are known for their excellent yet fictitious, politically-focused plots, which means that this game will not leave die-hard fans disappointed. According to the latest report, this game will launch after April 2021.

We're pleased to announce the comeback of everyone's favorite assassins, Agent 47! That's right—the last installment of the World of Assassination trilogy arrived last January 2021. Based on the best game reviews on the internet, this stealth-based third-person shooter concentrates on using stealth and deception to take out notorious criminals. Developers behind the franchise, IO Interactive, announced that Agent 47's contracts would take him to Dubai, England, and even other locations this time around. They also noted that players would be able to synchronize their maps and progress from previous Hitman games with the new installment!

Crash Bandicoot: On the Run!

Platformers and never-ending runners are still among the classic smartphone video game hits. Among the upcoming games of this category is [Crash Bandicoot: On the Run!. The schedule of the launch is said to be in March 2021. The game lets you control the 3D cartoon-style characters and fight bosses of the Crash Bandicoot franchise. Besides running, you can leap and spin to beat the enemy and collect the loot along the way.

Crash Bandicoot: On Run! is created by King, the developer behind the Candy Crush Saga Match 3 games. It'll be free to play on iOS and Android, with optional in-game purchases. Also, pre-registration links are now up.

Pokémon Unite is among the best games set for release in early 2021. It's like League of Legends: Wild Rift because the game supports five-on-five combat on the map. What's unique in Pokémon Unite vs. other Multiplayer Online Battle Arena games is that you control a pocket monster rather than a hero, you can capture Pokémon on the battleground, and there are only two lanes.

Pokémon Unite, developed by The Pokemon Corporation in collaboration with Tencent Games' TiMi Studios, will promote cross-platform gaming and be free to start on Nintendo Switch, iOS, and Android smartphones. Pre-registration links are yet to be released.

Playing online games brought so much fun to everyone, not only for kids but most of the adults won't allow themselves to get left behind. So this year will undoubtedly be exciting for gamers as several big developers will launch new video games. Now that the clock is ticking make sure to choose the games that best suit your style, and you will surely enjoy them. We hope that the list above helped you to narrow down your choices. You can play it all or choose the best one, your call.