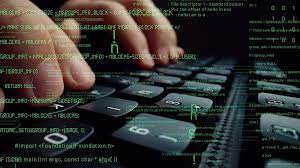 .Net is a free and open-source platform utilized by developers to create many different applications

.Net is a free and open-source platform utilized by developers to create many different applications. .Net allows developers to use multiple other languages. Besides just various languages, it also offers numerous editors and libraries.

The .net framework provides developers and programmers with multiple access and scalable tools to develop Windows applications and web programs. The .net has two main components: the Common Language Runtime or CLR and the Frame Class Library or FCL. The common language runtime creates a space for applications to operate. The .net does have other components, the likes of .NET Framework Security, Common Type System, as well as application domains.

Below are some descriptions and elaborations of some of the languages mentioned above.

C# .NET programming language is an easy, type-soft, general-purpose language. It is scalable and can quickly transfer into development in other frameworks besides .NET. C# is similar to C++ in that it is also object-oriented. Its slight advantage is that it offers a simpler syntax.

VB.NET (Visual Basic) is a popular programming language that most people are taught in college. Similar to C#, it is also object-oriented and an excellent general-purpose language that can be used to do anything, with the added advantage that you can start very quickly. VB.NET was developed to combine the power of language runtime and the .Net framework. One disadvantage to the language is that it can often lead to poor code hygiene as it is sometimes unstructured.

VB.Net originates from Visual Basic 6. It supports more features, such as inheritance and encapsulation. It also offers all the features of Visual Basic 6. VB.Net written programs can work in conjunction with programs written in other .Net programming languages, like C++ and C#. It is well known for features such as allowing automatic code formatting, object-oriented, utilizing a standard library, and more.

This is a functional language. It allows you to write correct and maintainable code fast. The language itself assists you in focusing on programming information on the area of concern and manipulating its information. It does this by including defining automatically simplified forms as well as functions. FH has many features, such as good for data and domain-based quotes. Has access to multiple libraries.

F sharp can be compared to java c sharp and c plus plus; however, it is also very different from most object-oriented languages. F sharp is mainly used for its multi-threading and garbage collection features.

Sonatafy understands that outsourcing arrangements can be difficult for companies of all sizes. This is why its passion lies in helping software engineers and developers have an excellent way for themselves. The company offers only the best, most talented individuals seeking an opportunity to join great teams.