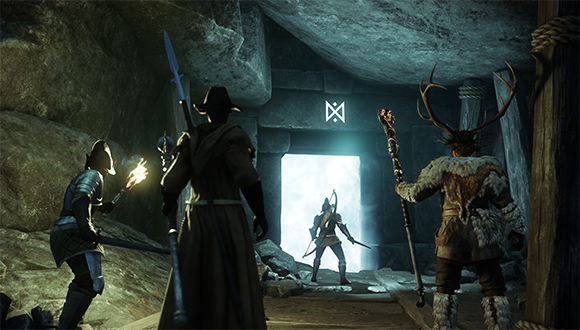 New World is Amazon Game Studios’ newest game, built around a 17th century island named Aeternum, at the forefront of the New World.

New World is Amazon Game Studios’ newest game, built around a 17th century island named Aeternum, at the forefront of the New World. The game is home to 1,000 players per server, meaning that the 1600s island is full to the brim with characters, both living and AI, ready to fight. While PvE is a huge aspect of the game, with Aeternum’s The Corrupted, an evil force, PvP is a massive part of it as well. After all, New World is an MMORPG, or a massively-multiplayer online role-playing game. With 999 other players to socialize (or fight) with, there’s a lot to do. Let’s take an overview of New World’s PvP activities.

The PvP aspects of New World are incredibly unique. Amazon Game Studios has built PvP into the game in a way that compliments PvE players. For those fighting other players (or even those that aren’t), Amazon has continued to roll out a number of unique activities and modes that incorporate PvP. Within New World, the integration is so heavy, that all it takes is the U key on a keyboard within a Sanctuary, to move between modes.

In general, most of New World’s PvP game modes focus on laying claim to various parts of Aeternum to build benefits. The more you conquer and the more you defeat, the greater your benefits and rewards. Open world PvP is a major aspect of this entire situation, with there being many ways to attack players. Even still, there are two (or three) major activities that are built in the game for PvP, each with their own unique participation rules, rewards, and overall gameplay types. It can be a bit complicated, even with just three.

The first PvP activity is a bit of a strange one. It’s technically one of New World’s big three activities, although the game studio doesn’t treat it as much. New World’s website describes Faction Control as “each region’s fort (as) a PvP point that will provide both territory and global rewards for the controlling faction. These faction control points will give players a way to engage in open world PvP that directly benefits their faction.”

While that’s a long description, Faction Control is remarkably simple. All it means is that fort centers are now PvP centers, letting players duke it out for control. To participate in a Faction Control, players need to be PvP flagged to enter a fort center. With many team-based events, you need to have the majority of players within the control point belonging to your faction. If that criteria is+ met, you’ll slowly begin to capture the point, with the bigger the majority meaning the faster the progress.

The interesting part of Faction Control is that it appears globally, meaning that everyone can see which factions are fighting, where they’re fighting, and how it’s currently going. Region-wide messages are given out when control points are beginning to be assaulted, with the point immediately being contestable again once somebody wins. The only time this activity is unavailable is after Wars and Invasions. Otherwise, all the time and everywhere, fort centers can be controlled by factions.

Faction Control rewards are long-term benefits, with 5% experience gain and 20% influence gain within a captured fort’s territory. There’s also a unique global buff, specific to every faction, oftentimes being decreased taxes or fast travel costs. It ranges depending on the time and date.

The second major PvP activity is Outpost Rush. This endgame battle is a 20 vs 20 event, where teams must work together to coordinate and collect resources, build outposts, capture major objectives, and defeat enemies. Max level players, (i.e., Level 60 players) can hop in solo, or with a group of up to 5 players.

To begin an Outpost Rush, you much start with your team in your own fort. Between the two opposing forts are three outposts named Luna, Sol, and Astra. These outposts can be captured with a team standing on its control point. Teams will gain points for holding outposts for certain periods of time and killing enemies. The first to 1000 points (Outposts = 0.33 points/second and kills = 1 point/kill) wins. This is an incredibly simple mode, although you can make it more interesting by gathering resources and building up defenses.

Capturing outposts let you gather Azoth-infused materials, build, and upgrade structures, and move closer to the enemy. Even once in a while, an event will happen, which you’ll earn additional points or rewards for completing.

The rewards vary on the date and size of the Outpost Rush, although it oftentimes involves materials and Azoth. You also have the added benefits of obviously keeping the materials and gear discovered during your outpost rush.

This is the major gamemode for many, with full out 50 vs 50 combat. Known as the “pinnacle of PvP in New World,” War is a chaotic activity. Two teams of fifty fight for control over entire territories and settlements, with everything at risk. Those that manage to conquer settlements and territories gain benefits for their respective factions and companies, whether in concrete rewards or with decreased costs and other passive benefits.

Wars can be started through Faction Missions, which can weaken opposing territories. Depending on which territory you’d like to weaken, you can complete Faction Missions against specific territories. Once they’re damaged enough, they’ll enter Conflict States, whether one of the faction’s companies is randomly assigned the role of “Vanguard,” where they’ll lead the first charge in the war.

In this gamemode, the attacking team (ironically the defending team against Faction Missions), will move to breach the walls of the opposing territory’s fort. The goal is to destroy their fort, capturing its Claim within. Attackers have to capture three rally points before moving into the actual fort and past its walls, with the points working as respawn areas. Of course, both sides gain access to unique siege weapons and traps, making this mode an all-out battle for complete control.

Rewards, yet again, depend on the date and what happens. Generally, physical rewards are individually given out, although major faction rewards in the form of tax breaks, decreased costs, and increased XP gains are common.

PvP is home to quite a few major rewards which can make New World much easier. Of course, that doesn’t make any of these activities any less difficult, which is understandable considering they’re some of the most engaging and rewarding experiences in the entire game. Even still, it can be hard to win a War, Outpost Rush, or Faction Control experience, which is why we recommend Boosting Ground’s New World boosting services.

While the game isn’t currently released in its entirely, Boosting Ground is proud to hold some of the first New World boosting services. Whether in the form of Faction Reputation boosting, levelling bonuses, or profession boosts, there’s a lot the professionals behind the services can help with. Boosting Ground’s services are in the top of its class, bolstered by industry-first services, professional gamers behind the boosts, and more. If you’re struggling to conquer PvP just quite yet or need help levelling up to take down enemy factions, check out Boosting Ground’s New World boosts.