Newport 5G Mast Pops Up to Surprise of Residents 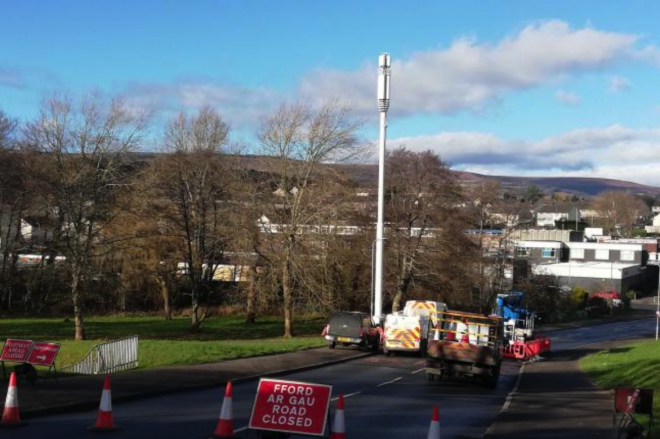 Local residents in Bettws baffled by the surprise appearance of a mobile phone mast in their area.

Newport residents have voiced their concerns after a mobile phone mast was built in the Bettws area without public consultation.

According to reports, the mast was erected between Monday and Tuesday last week in Lambourne Way. Newport City Council has since issued an apology to residents for "internal errors" which meant that the application for the mast "was not processed in the usual way".

In a document, the council said: "Newport City Council would like to sincerely apologise that relevant parties were not consulted in the usual way over an application for a telecommunications mast in Bettws.

"It can confirm an application was submitted for prior approval but some internal errors meant it was not processed in the usual way.

"These are exceptional circumstances and steps have been taken to ensure it does not happen again.

"However, the mast now has deemed consent as the application was not processed within the required 56 days.

"Local members were informed about what happened in September.

"The council regrets that consultations were not carried out in respect of this application to give residents and local members an opportunity to comment."