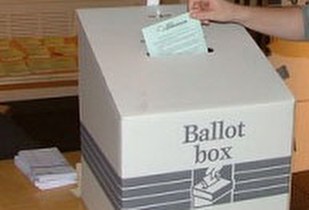 As we know all too well, preparing to cast votes can be a tricky thing. In today’s world of information -- and misinformation -- you’re being bombarded on a daily basis with all sorts of political messages, both positive and negative, via all platforms and channels. How do you know exactly what to believe?

Considering that there may be a federal election in the near future, you’ll want to be fully informed and prepared before exercising your right to vote.

Strategic communications professional Nick Gamache, who spent more than 15 years working in the Canadian media -- much of it at CBC/Radio Canada as a reporter, writer/editor and producer - now serves as senior advisor of media relations and issues management at Elections Canada, the nonpartisan organization that administers federal elections in Canada.

Nick Gamache is a firm believer in the power of online communication and media, and he says he’s always believed that it’s important to be informed in order to make good decisions.

He offers the following suggestions regarding how Canadians can make sure they have access to accurate information.

Go to the source

Organizations, including Elections Canada, make a lot of information and data available online. When it comes to critical information, such as where, when and ways to vote, Gamache says it’s always best to go to the source of the information, especially if you have doubts about the veracity of the information you’ve encountered. “The extra step of checking a department or a company’s website doesn’t take long, and ultimately ensures that you retain accurate information,” Gamache said.

Follow the media with discernment between news and opinion.

This can be especially challenging, says Gamache, when you consider that in recent years that the line between the two has become harder to locate, especially on social media. He believes, however, that if consumers of media content take a moment to think critically, they can easily make the distinction.

Opinions should not be dismissed, as they can often challenge our thoughts and ideas, but it’s important to make sure they rely on accurate facts.

In Canada, there are a number of easily accessible news outlets. Don’t just read or listen to those who “preach to the choir” on your side of the fence. You can learn a lot about where the province or country is and where it’s likely to go by opening yourself up to a diverse variety of ideas.

Gamache notes: “It is prudent to get a well-rounded picture, and pay attention to the stories covered by different outlets.”