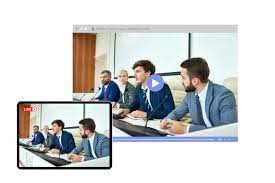 Prior to the decision being made, the local council has been embroiled in a series of high-profile rows, which led to several dramatic council meetings, including one where police were asked to attend. Mayor Jenny Groom and her deputy Jackie Westrop have since quit following allegations of bullying.

One menber, Charlie Pyatt, said: "I personally don't think we need to stream anymore, I think if the public want to know about it, they should turn up."

Another councillor, David Sharman, said: "We need to make it clear to the public, they are invited and are welcome. They'll think we're trying to hide something."

In a statement, DMTC said: "The current cost for live streaming a full council meeting is £200 which is not an insignificant cost.

"The meetings were initially live streamed as residents were unable to attend physical meeting and as all restrictions ended last week there was no formal need to continue live streaming the meetings.

"Please bear with us whilst we research this matter further."