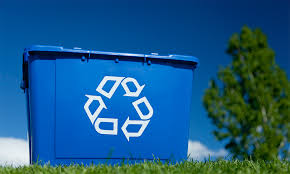 North Lanarkshire Council partners with Zero Waste Scotland in a trial that will monitor the amount recycling done by individual households.

North Lanarkshire Council and Zero Waste Scotland have teamed up for a two-year trial programme aimed at measuring the amount of recycling done by individual households.

Under the scheme, which involves various campaigns to promote awareness on recycling, 5,000 households in the council area will participate in the trial. The bins that will be used will be outfitted with sensors while three bin lorries will use a weighing technology to monitor the weight of the residual, dual-stream recycling and mixed food and garden waste bins. The pilot, which will cost £150,000, will be fully funded by Zero Waste Scotland.

Andrew McPherson, head of waste solutions, said: "Zero Waste Scotland is coming to North Lanarkshire as they realise the potential to improve recycling is there and that's why they've chosen us as a pilot area.

"The actual exact areas that we're going to be targeting with regards to the pilot are yet to be determined but obviously when that happens in partnership with Zero Waste Scotland, we will be going back to those councillors whose wards will be affected so they are aware of the pilot and when it actually starts."

Committee convener Michael McPake added: "This shows that we do our bit to work with Zero Waste Scotland and anyone else for that matter to drive up recycling in our area and I think we are doing as much as we possibly can."