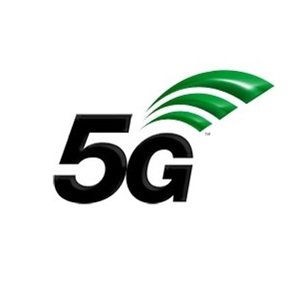 There are a few different mobile network operators supplying their services to the United Kingdom market.

The O2 brand, which is owned by Spanish company Telefonica, is one of the biggest. Doubtless, it will be looking to provide the best 5G services once the technology is launched within the country. In a bid to be successful with this, O2 intends to provide an open radio access network (O-RAN).

By introducing such a network, the thought is that 5G coverage will also be able to extend to what are generally considered as hard-to-reach rural locations. At the moment, 4G is in operation via the O2 network, and this will also benefit from the O-RAN setup according to current information. Through this, mobile device users can receive data connections from outside of Wi-Fi zones. This allows things like sports betting to take place through a smartphone, such as that which occurs via the Bet365 app, which is available to download for free.

The O2 brand is set to work with Mavenir, Dense Air and Wave Mobile in order to implement the O-RAN network. This will see locations like London and others receive high-speed 5G connections and services. The commercial development of this is expected to pick up speed over the next 18-24 months.

What Will the Three Companies Provide to O2?

Mavenir operates as the mobile industry’s only end-to-end, Cloud Native Network Software Provider. It has previously worked alongside Vodafone for various operations, including providing the company with new network technology in 2019. When it comes to the link with O2, Mavenir will increase both the coverage and the capacity in London, meaning that there will be enhanced mobile connectivity within busy locations there, such as shopping centres, arenas and stadiums.

With regard to Dense Air, this company will operate alongside the provider at Millbrook in a bid to deploy both the 4G and 5G networks over an O-RAN solution. O2 is already in league with Dense Air for various other projects, and it works with Millbrook Proving Ground as the public and private network provider of 5G connectivity.

Finally, the coverage solutions are currently being developed by the Wave Mobile brand. This company already has an O-RAN network in place, which is active on several sites throughout the United Kingdom. That includes Woldingham, Surrey, which carries mobile traffic for any customers on the O2 network. By continuing to work with Wave Mobile, O2 has suggested that the traffic could be expanded so as to provide a community-based mobile service.

Of course, all four of the UK’s major networks have launched 5G coverage already, yet their actual networks all vary in both size and location. Yet, some people have raised concerns over whether or not the introduction of 5G technology has actually been over-hyped. The build up around it has led to smartphone manufacturers rushing to release new 5G-enabled handsets, just to deal with the pre-demand from mobile network companies, with little focus being placed on global security concerns over the equipment that is used to run it.