Online Awards You Have Never Heard Of 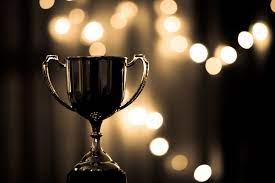 Award shows are held for a variety of events, rewarding the best performers on an individual or team level annually. You have the Oscars and Emmys as the most popular award show, but there are also award shows for sports events, individual sport rewards, and even reward shows for best cars.

There are awards for all kinds of things, and most of these events are held in-person. However, there’s been a recent trend of hosting these shows online in the past year, or in a hybrid form (virtual + in-person).

When it comes to online award shows, there are plenty of strange stuff. From rare tweeting rewards to online casino award ceremonies, here are the web award shows you’ve never heard of.

The National Book Awards ceremony is actually one of the oldest in the business. It has been going on since 1936, with the current format first introduced in 1950. There are five award categories in total, with thousands of books in play. This black-tie event is usually held in different locations in New York, but for the past year, it went virtual.

If you ask us, a book award ceremony is strange on its own, and it’s even stranger when rewarded virtually. All books are great, and there’s no need to put authors going against each other. Still, the show that celebrates the best literature in America will continue for many years.

Did you know that there are annual rewards in the iGaming sector? As a matter of fact, there are different events held by various organizations that give casinos and developers rewards for their efforts.

An award-winning online casino is a big deal in the iGaming community as this usually attracts more new players to try out their platform. There are also awards for the best online slots, new live casino games, and crowning the best operator of the year, making these award shows one of the strangest we’ve seen.

While these are mainly informal, there are plenty of Twitter award shows around the world. In them, users pick the best tweets, best users, and a host of other categories which make no sense to be rewarded.

These are mainly virtual events in closed-group Twitter communities. Why would someone go through the hassle of voting for a best tweet or use is beyond us, but these award shows are certainly popular.

While it’s not specifically an online award show, the Webby Awards is surely one of the strangest award shows. They’ve been held since 1996 and honour excellence on the Internet, whatever that means. The Webby’s are presented by the International Academy of Digital Arts and Sciences, which is a judging body with over 2,000 members.

Webby’s are always streamed online and reward excellence awards to websites that have been inspected from various angles. These include video, apps and software, podcasts, mobile versions and their social media connectivity and influence. A winner is then selected in different categories, getting a unique Webby award for its excellence in the online space.