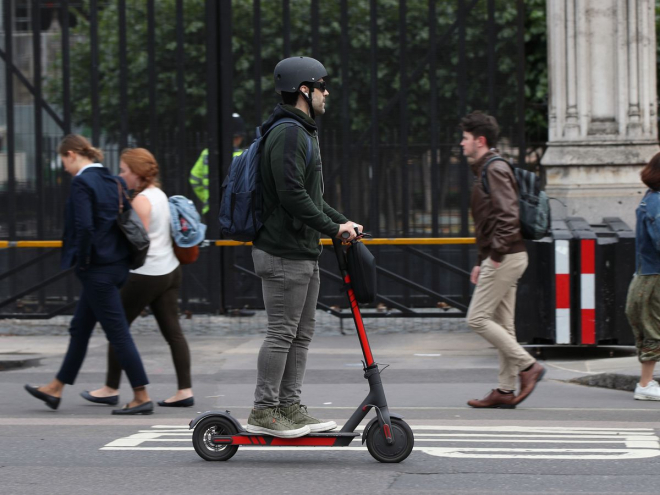 Following a successful trial in Headington, electric-powered scooters will now be trialed in the eastern arc of Oxford as part of a scheme that aims to provide residents a greener alternative to travelling.

Residents in Marston, Hinksey, Cowley, Barton and Florence Park are now allowed to use e-scooters with the remit of the scheme. Scooters that stray outside this area will automatically stop working because of a technology called geofencing.

Oxfordshire County Council has partnered with Voi Technology for the scheme, which is funded by a £2.9million grant from the Department of Transport. The e-scooter trial, which was launched in February in Headington, has seen 9,400 unique users sign-up to use the app-enabled scooters.

Tim Bearder, the council's cabinet member for highway management said: “As a county council, we have set out our continued commitment to addressing climate change and transport innovation is a key part of that.

"To date, the trial has been a great success with our residents. With the expansion of the trial, many more can now benefit from rapid, green, low cost transport as the city recovers.”

Jack Samler, general manager at Voi UK and Ireland, added: “Since the trial launched in Oxford, over 22,000 rides were taken with Voi scooters in Headington, replacing an estimated 8,950 short car trips.

"We are delighted to continue to work closely with Oxfordshire County Council to expand our trial into other areas of the city ensuring more people can adopt this safe, fun and environmentally-friendly mode of transport, ditching short car trips, and creating a healthier and better city for all.”