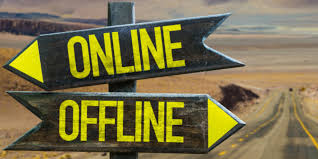 Healthwatch Peterborough, an independent organisation that aims to understand the needs and concerns of people using health and social care services, has recently voiced their concerns over the growing digital divide among residents, especially in the time of the pandemic. The health and care champion said they want to make sure that residents can have access to help and information in different ways particularly those who do not have computers or computer skills.

Stuart, a long-serving member of the Cambridgeshire and Peterborough Carers’ Partnership Board, said: "I’ve been involved with the partnership board for nine years. I enjoy it because it keeps me in touch with developments on services for carers. I can also put forward any concerns that I hear,”

He recently trialed a remote meeting via Zoon, the web-based video conferencing service. He said: “I tried joining the previous meeting remotely, by telephone, using the landline and hands-free option. But that didn’t work very well because the quality of the sound was really poor which was difficult, especially on a meeting lasting a couple of hours."

“So when Healthwatch suggested I try using Zoom I decided to give it a shot.”

“It took a bit of getting used to seeing people’s faces in those little squares as they joined in – and seeing myself on there as well was rather off-putting,” Stuart added.

“Sometimes people just disappeared and there was just a black space on the screen which was a bit disconcerting, but it was just the internet connections fading in and out.

“The technology seemed quite fiddly and I felt that it was a bit of a distraction and slowed the flow of the meeting.

“Zoom was better than no communications at all and it was definitely worth trying. However, for me it wasn’t as effective as meeting face-to-face where you get the personal interaction with others.

“I do hope that we can get back to having our usual style of meeting. I worry that the longer the meetings continue online the more reluctant people are to leave home and meet up.”