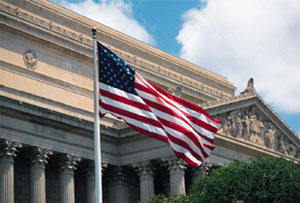 There are a number of state laws, municipal ordinances, and even the Federal Controlled Substances Act which serve to criminalize the possession of controlled substances. These laws make it imperative that you consult with an experienced drug crimes defense attorney to know how best to navigate your particular charges. The elements of state and federal laws prohibiting drug possession and distribution have many commonalities but as with many areas of the law, the devil is in the details.

You will need someone familiar with how the elements of these disparate state and federal drug laws affect you as an individual, and whether or not your very freedom is at stake. An experienced firm of savvy criminal defense attorneys like Yampolsky & Margolis Attorneys at Law can explain what these laws are and help you formulate an effective legal defense to the substance-based offenses you face. You will certainly benefit in the resolution of your case from the aid of an experienced defense attorney who knows all of the nitty-gritties of drug crimes and the loopholes, such as they are, in the many state and/or federal statutes.

In many jurisdictions, people can be charged under loitering and/or public nuisance ordinances or municipal codes for possessing a controlled substance "in public," provided they did so in a location open to all, such as a park or a restaurant. The advent and widespread adoption of legal recreational marijuana is rendering many of these onerous rules nearly obsolete. In recent years jurisdictions have begun to forego or abolish these laws, finding them to be poorly written, quaint, antiquated and rather vague.

Drug possession laws are very important and affect individuals of all walks of life--the consequences of drug convictions are not just felt by the user or abuser of a given substance. These pains are felt by families, communities, and entire neighborhoods are punished when substance use and abuse laws take draconian positions with regard to penalties and the various “crimes” borne of persons longtime struggles with drug addiction.

These consequences range from the punishments imposed by minor laws or ordinances which prescribe penalties (classes, community service, etc.) that are more an inconvenience than a legitimate threat to freedom (such as possession in public laws), to enhanced sentencing schemes which greatly increase that only impose harsher penalties for repeat offenders and people who have been involved in criminal activity to extremely serious laws that send one into prison for life. Even simple possession of a small amount of drugs like marijuana can carry a ten year sentence in and up to a century in prison for selling or cultivating the drug. However, and experienced and skilled drug possession/distribution defense attorney can help someone avoid prison and get their life back on track.

With the help of a good attorney, it is possible to fight a charge of possession without entering a plea. This means that the defense can aggressively fight for the right to defend the defendant without a formal plea agreement. Possession defense attorney works to build a case based on the facts of the individual defendant's situation and apply court rules to show that the drug was not intended to be used for personal or medicinal purposes. These types of cases often end in the dismissal of charges, because they allow the defendant to argue that they were not aware that they were violating the law and that they were not carrying the drugs for personal use.

People who are accused of drug possession should not stand down. If you are arrested for suspicion of drug possession, don't waste any time and contact a drug crime defense lawyer as soon as possible. An experienced attorney will know what to do and how to approach the prosecution to get the best possible result for their client. With the right lawyer on your side, the conviction can be wiped out, and you can walk away free.

If you have been arrested for suspicion of possession of a controlled substance, don't stand down and wait for this to go away. Contact a criminal defense lawyer immediately. They will advise you on how to proceed with your defense of the charges against you. They will also be able to tell you whether or not it is possible to use a substance defense at trial. The more knowledgeable a defense attorney is, the better chances you have of getting a fair trial.