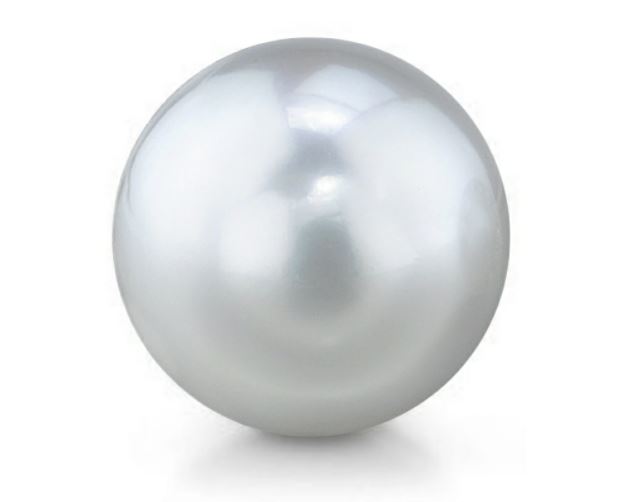 Men and women view the pearl as the perfect gem.

Many people describe it as unblemished perfection, having done so for centuries. In fact, the name for this organic stone comes from the Latin word margarita. When individuals hear this word, they bring to mind the popular drink. However, the Latin translation is that which is precious or excellent. Countless individuals would agree this describes both the stone and the gem. What is the history of this unique stone?

Women, when they go to purchase a pearl necklace with matching earrings, rarely stop to think about the history of the stone they are purchasing. The Abu Dhabi Pearl serves as the world's oldest gem of this type. Archeologists discovered the pearl on Marawah Island in 2017. As Marawah Island is located off the coast of Abu Dhabi, researchers decided to provide it with this label. They learned it dates back 8,000 years, and historians state the pink pearl proves pearl trading was an activity early humans took part in. In fact, they state the trading served a key role in the daily life of these individuals while providing them with a living.

Humans for centuries now have viewed the pearl as one of nature's most precious creations. Many cultures over the years have highly valued the stone, including the Chinese, English, and Romans. They often used the jewels as presents, and Chinese royalty was often gifted freshwater pearls pulled from the Huai River.

Men and women quickly saw the value of pearls as a form of jewelry adornment. Archeologists recovered the sarcophagus of a princess from Persia and found she was buried with pearl jewelry. They recovered pieces of this jewelry and discovered it dated back to 420 BC. Ancient Romans likewise considered pearls to be a status symbol, and Caesar enacted a law forbidden non-royals from wearing the jewels. During the Roman Empire, Vitellius, a general in the Roman army, sold a pearl earring belonging to his mother to finance a military campaign. One earring was enough to cover the entire cost.

Certain pearls stand out in the crowd. When people think of pearls, the necklaces gracing the necks of women the world over come to mind. Very few people have been fortunate enough to see La Peregrina, among the most famous of these gems. This pear-shaped pearl comes in at 55.95 carats and remains among the biggest of its type. It's perfectly symmetrical and has passed through the hands of kings and queens in England, France, and Spain. Richard Burton obtained the pearl for Elizabeth Taylor in 1969. The pearl was later sold at auction for $11 million in 2011. This price broke records across the globe.

The British Museum of Natural History serves as the home of The Hope Pearl. This gem gets its name from Henry Philip Hope, a gem collector from the 19th century. In addition to owning this specimen, Hope owned more than 150 natural pearls in his lifetime. The four-ounce pearl stands as one of the biggest saltwater pearls found as of today.

The Big Pink Pearl once held a Guinness World Record for being the largest Abalone pearl in the world. A diver discovered the gem off the coast of California back in 1990, and the pearl remains in their possession today. Its current value comes in at $4.7 million.

Cultures throughout time have not only prized the gems, but they have also given them meaning. Many myths exist today surrounding pearls, and some leave people believing the jewels are larger than life.

People often assume the story of Cleopatra dissolving a pearl in wine and drinking it is a myth. Back in the 1st century BC, the well-known queen told Marc Anthony she would have the costliest dinner in history. To do so, she took a pearl from her earring and dropped it in her wine goblet. The wine dissolved the pearl, and she drank it. According to this legend, she won the bet. Surprisingly, pearls dissolve in acidic solutions, so there may be some truth to this tale.

Krishna serves as the most popular god in the Hindu religion and many people associate pearls with him. According to legend, Krisha was the first to possess a pearl. He reached into the sea and pulled one out as a gift for this daughter on her wedding day. The Ramayana, an Indian epic, also mentions pearls. According to this tale, a necklace containing 27 pearls was gifted to Hanuman, a Hindu god, to reward him for heroism.

Many people look at a pearl with its milky color and bring to mind the moon. Ancient Vedic texts refer to this stone as the moon's daughter. Furthermore, some cultures connect the gem to water, as this is where the jewels come from. Certain cultures say pearls are the tears of gods.

Pearls serve as a talisman in the eyes of many. Some individuals use pearls for security and safety, as they believe the gems come with healing properties. Furthermore, pearls provide many individuals with much-needed encouragement and confidence.

Countless individuals have never heard of the Pearl Age. During this period in history, which occurred at the same time as the Renaissance, pearls significantly increased in popularity. At this time, pearls were found in Central and South America, and stylish women across Europe draped themselves in the gems. This led to such high demand that oyster supplies were at risk.

During the 1800s, the discovery of pearls in the Mississippi River resulted in the death of mussels in the millions. Natural resources were decimated as a result, which resulted in manufacturing difficulties for pearl jewelry makers. The damage to the natural supply led to the invention of cultured pearls.

Japanese researchers discovered a way to overcome the pearl shortage. They created a way to farm pearls, leading to the founding of the cultured pearl market. Kokichi Mikimoto invented a way to entice oysters to generate pearls on demand. To achieve this goal, researchers take mantle tissue from one oyster and place it in the silky wall lining of a different oyster. The implanted tissue brings about a reaction in the recipient oyster, which then releases nacre to soothe the irritant. Scientists repeat this process for years to create a pearl.

Thanks to Mikimoto, the world now has saltwater pearls. These pearls are perfectly round and have a gorgeous color. As a result, they are gorgeous and command a high price. Very few oyster species can produce pearls. Natural pearls remain rare today, so a pearl necklace given as a gift shows the recipient how much they are cared for.

Natural pearls remain a rarity today thanks to the overharvesting in past centuries. People may find them in the Arabian Gulf, the Red Sea, Venezuela, Myanmar, Baja California, and the Gulf of Mannar. Saltwater cultured pearls come from several locations. Japan serves as home to Akoya cultured pearls, while Tahitian pearls come from French Polynesia, New Zealand, Australia, the Cook Islands, and Fiji.

Men and women need to thank the Philippines, Indonesia, Burma, and Australia for South Sea cultured pearls. The color of the pearl provides information about where it was farmed. China remains home to cultured freshwater pearls, and one village alone serves as home to 2541 pearl farms. In fact, this village is responsible for approximately half of all cultured freshwater pearls coming from the country.

The Future of the Industry

Natural pearls remain in danger today. Overharvesting isn't the only concern though. People need to understand how disease, pollution, and climate change all harm oysters. They remain one of the world's natural resources and need to be protected. Thankfully, people recognize this is a concern and are taking steps to protect these animals.

The World Jewelry Confederation hosts an annual conference every year, and the future of the pearl industry is a topic at this conference. In 2007, during the conference, industry leaders spoke up in support of the Kyoto Protocol. This agreement mandates a reduction in carbon emissions for industrialized nations. Sadly, not much has been done since these individuals voiced their support. People still do not know the effects of climate change on oysters capable of producing pearls. The industry itself has done little in this area, as they have mastered the process of making cultured pearls.

Nevertheless, pearl farmers see the damage that is being done to their oysters. As water temperatures rise, oysters create pearls in less time. People would think this is a good thing, but the increase in speed negatively impacts the pearl's quality. Increased salt levels in tropical waters also affect the growth rate of the oysters, and tropical storms harm saltwater pearl farms. Sadly, the storms are increasing in frequency and intensity. Oysters remain extremely vulnerable to natural elements when they are housed on a farm.

People need to understand the effects of climate change on oysters, especially those who love pearl jewelry. Every individual must work to minimize their carbon footprint to protect these animals, a natural resource that cannot be replaced. By doing so, they can ensure future generations have access to pearl jewelry they will love as much as their ancestors did.