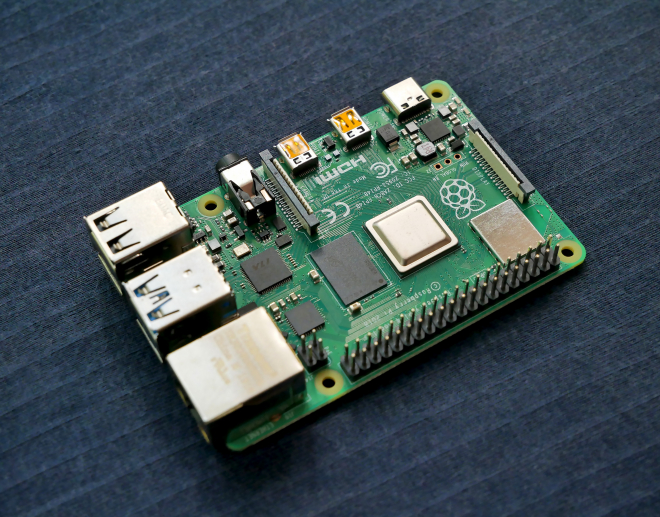 Let's see what is hidden inside the Raspberry Pi 400 introduced in the second half of 2020.

The name “Raspberry Pi” is mostly associated with small PCBs with dimensions similar to a credit card, which are equipped with a processor, memory and a set of connectors for the external devices and accessories. Thanks to this, for example, the Raspberry Pi 4B can act as a master controller for embedded applications. After connecting a mouse, computer and display. It can be used as media player and computer meant for the office job. After the release of the Pi 4B model with 8 GB of RAM (available since May of 2020), the designers from the R&D department of the Raspberry Pi Foundation took one step further, creating the Raspberry Pi 400 - the first single-board computer from the Raspberry Pi series in a form of a keyboard with built-in central unit based on the Raspberry Pi 4B. The package of the Raspberry Pi 400 kit also includes an optical mouse, original RPi power supply, microSD/SD card converter, HDMI display cable and user manual. The Raspberry Pi 400 keyboard looks very attractive and is very comfortable in use thanks to the fast key response - it’s almost like the keys on mechanical keyboards made for gaming.

Elegant appearance, high-quality craftsmanship and a very comfortable ways of interacting with the keyboard are not the only advantages in favour of purchasing the Raspberry Pi 400. Electronics hardware is hidden underneath the membrane keyboard mechanism, which in fact is based on the Raspberry Pi 4B blueprints (available since June of 2019). Pi 400 is equipped with 4GB LPDDR RAM memory, thanks to which it works perfectly even on the most complex computing processes. Wireless connectivity can be realized via the built-in 2.4GHz / 5.0GHz dual-band Wi-Fi module or Bluetooth 5.0. The front panel is equipped with all connectors known from the Pi 4B, i.e. Gigabit Ethernet, 2x USB 3.0, USB Type-C for power, 2x micro HDMI, microSD slot, and the hallmark of Raspberry Pi in all its glory... 40-pin GPIO connector The Pi 400 also has two USB 2.0 ports, but one of these ports is housed in the chassis and reserved for keyboard communication. Additionally, the housing has a Kensington Lock slot for a combination lock that protects the computer against theft. It might seem that the Pi 400 is just the regular Pi 4B in an keyboard enclosure, but the designers have introduced a very important modification - the Broadcom BCM2711 SoC quad-core CPU which is clocked at 1,5 GHz in Pi 4B - got tuned up to 1,8GHz, so you can use this computer for even much more advanced tasks!

What can you do with the Raspberry Pi 400?