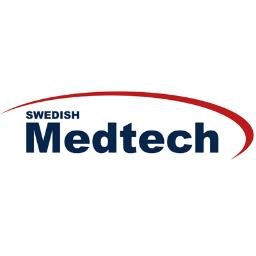 Last year, Swedish Medtech group REAC was named one of the top ten European motion control systems solution companies. Owning up to its name, the longstanding company is driving the rehabilitation equipment branch forward through its innovative models, sustainable leadership, and customer-focused approach.

REAC is a brand that sets Nordic medical technology on the map. Using sleep Scandinavian design, REAC has developed powerful and quiet electric actuators that help build flexible and stable manual and motorized wheelchairs. Proof of the strength of their products is shown through their other usages in boat engines and industrial applications, though their main work is in rehabilitative tech.

Apart from their electric actuators, REAC also creates other hardware for wheelchairs, including lift and tilt systems and control systems to maximize the functionality of their products. Furthermore, REAC doesn’t just have a broad range of products – they are also competitive in their ability to customize their equipment to satisfy customer needs.

REAC is also unique in that it is a proud sponsor of Swedish Solvatten – a water cleaning system that solely uses solar power. Rather than just cleaning the water of bacteria which could cause illnesses such as dysentery and cholera, the system also heats the water, thus making it even safer to drink and use.

Solvatten’s system is easy to use. It takes 2-6 hours to heat properly before it produces clean water, and can produce up to 6,000 liters of clean water in a single day. It is easy to move, clean, and install as it doesn’t require batteries. It has a lifespan of 7-10 years.

Clean water is key to creating fruitful conditions for a healthier society. By having access to clean water, more people can successfully enter education and work, and in that way make poverty a thing of the past. The Solvatten systems have been implemented in Uganda and Burkina Faso using REAC’s support in partnership with Plan International, International Aid Service, and local actors.

A recognized veteran with a vision

REAC is a seasoned competitor in the rehabilitation tech market. The company was founded in the early 1900s and began delving into the manufacturing branch in the 1930s. Their first actuator, the RE25, hit the market in the 1990s. Due to its longstanding expertise, the group has been able to perfect its craft and are unique in being able to customize equipment to the customer’s needs.

In 2021, the company received recognition as it got listed as one of the top ten motion control systems solution companies in Europe. In an interview following the announcement, Head of REAC Division Christina Alenvret confirmed the company’s vision to stay relevant to the customers. As a result, she opened up about plans for the group to incorporate Artificial Intelligence (AI) and Internet of Things (IoT) technology in future models.