Reasons Why Studying the English Language is a Good Idea 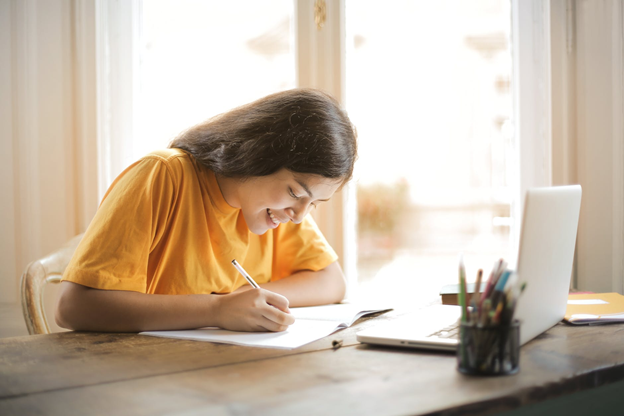 English is renowned as the universal language for native and non-native speakers.

It is the third most spoken language across various countries. However, what gives it an edge over Mandarin and Spanish is that English is the general medium of science, technology, aviation, tourism, and diplomacy.

The rampant spread of the English language was brought forth by the British Empire when they covered 25% of the earth’s surface. Colonial British rulers obliged citizens to speak English instead of their mother tongue. Thus the birth of an increased number of English speakers multiplying over time.

Learning a language spoken across various countries, used to divulge essential topics such as diplomacy, science, and technology, has some apparent benefits. But if you need a more profound perception, here are six reasons why studying the English language is a good idea.

Applying for a multinational company job requires at least intermediate communication skills in the English language. These companies often offer exceptional work qualities––different from local offers, especially if you are from a developing country.

Since aviation, science, technology, diplomacy, and other globally relevant topics are taught in English, you will increase your chances of getting a promising career related to these fields, as mentioned above.

Since it is the third most spoken language for both native and non-native speakers, you will most likely meet many English speakers while traveling. Around fifty-three countries use English as an official language, and in addition to that, neighboring lands recognize the use of a common tongue.

If you have traveled before, whether to a native or non-native speaking country, you will notice that most high-end hotels have staff who are trained to speak the English language. In other words, if you articulate anything other than their mother tongue, the receptionist will most probably try to communicate with you in English.

3. It is the Language of Business

If you are an aspiring entrepreneur, then you should know that most business relations and affairs are discussed in the English language. It is commonly used to set particular guidelines, rules, and regulations from the employer to an employee. It also allows your corporation to accommodate English-speaking personnel.

The most influential countries in the business world are the United Kingdom, Canada, Switzerland, United States, Singapore, all of which communicate using English as a medium for their business affairs.

Because of its popularity and global importance, you can learn English through various platforms available on the internet. It is also available for online programs offering flexible learning schedules. English School Brighton believes that learning this influential language should be accessible to everyone.

Learn the basics or improve your speaking and writing skills with convenient worksheets and video tutorials. Adjust your learning hours to suit your busy schedule with online programs. Many international English schools pride themselves on the best teaching methods and are available in almost every country if you prefer face-to-face learning.

5. Information Within Your Fingertips

Important archives and libraries of world cultures, information, studies, science, and discoveries written and recorded in the English language outnumbers those in native tongues. Thus, possessing a deep comprehension of this universal speech can give you immediate access to understanding literature, culture, and scientific phenomena.

In the 21st century, we experience a modernized and accessible method to access countless information, known as the internet and the media. These two elemental components of the spreading of news use English as its primary medium. Half the content we see on these platforms is written in the universal language.

6. Open More Opportunities For Yourself

Whether it is a job opportunity or learning occasion, never miss out on a chance to study abroad due to language barriers. Some of the best schools and universities worldwide teach their core subjects and offer educational programs in English. Therefore, if you want to study in a foreign country, speaking English should be your first learning priority.

In summary, learning a second language can benefit you in various ways. A common tongue that can be understood across most countries is beneficial when traveling or applying for a job internationally. It also enhances both personal and professional communication skills.

Mastering your native language is a patriotic and admirable trait. However, expressing your thought and sharing information fluently in two languages is even more so. Open yourself to a broader reach of learning and job opportunities. Become fluent in the language used in science, tourism, diplomacy, and many more through the English language.