Recovering your Loss after an Accident 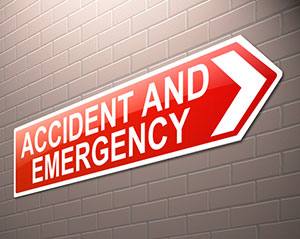 Due to countless reasons and other’s negligent actions, accidents do arise.

It can result from a defected product, from a car accident either as a driver or a pedestrian, due to an inordinate working area or from a surgical complication. Your loss can be recoverable as the laws state. However, it entirely depends on the accident and the liability. The conclusions of an accident can be hard to withstand. After an accident, finding clear and accurate advice to take a step further and claim compensation can be hard.

Before taking action, it is best to understand how the procedure works. The definition of a personal injury should be understood as your physical condition have an impact on your entitlements. As laws state, a personal injury is when you’ve taken bodily or mental harm due to any form of impact. And an accident is when the duty to act responsibly and care about others’ wellbeing is breached and became the cause of harm. The combination of these two is a valid reason to make a claim.

The conclusions of an accident might not be foreseeable. However, the accident itself can be. Think about driving on a winter day in which the weather conditions are extreme. You can still drive from point A to B. On the other hand, the chance of having an accident increases significantly and this cannot be denied. The same method of thinking applies to personal injury claims. Every civilian is responsible for their actions. Not only for their own safety, but also for the wellbeing of others.

Breaching this duty has high chances of concluding in foreseeable accidents. Even worse, these accidents can occur everywhere. Even in the medical centre. Medical negligence is a very striking example of how things can go wrong if you breach your responsibilities as the conclusions will be obvious. The victim’s medical condition will worsen due to a medical accident. And this situation is entirely the result of a preventable accident.

Motor vehicle accidents are another epitome of foreseeability in accidents. Since the early era of mass production of motor vehicles, the rules are the same. It is to drive responsibly as you are using a vehicle that has a reaction time a lot less than the human body. Responding to dangers in traffic are while driving at high speeds may not end up with what you’ve intended to do. Additionally, braking suddenly to avoid a collision will pose a great risk to those behind you. Both of these scenarios are the possibilities of accidents while driving at high speeds. Considering the other traffic violations, the conclusions can be tougher.

Workers of specific industries utilise much equipment that can pose an additional danger. Industrial-grade drills, hazardous chemicals, multi-bladed cutting tools and welding stations makes the work easier, faster and perhaps cheaper. This equipment is being used regularly to sustain the work. However, the risk is still present. For a split second, acting absently can result in a permanent injury while utilising this equipment. This is a fact that cannot be denied and foreseen in the personal injury laws. For this reason, after a work-related accident, the worker can claim compensation regardless of fault.

Being aware of the dangers and the stressors is the duty of the employer as the process works differently for the employers. Being negligent and ignoring your responsibilities have punishments in laws. Negligent employers can be sued by the workers that are sustaining conditions as a result of foreseeable work-related accidents.