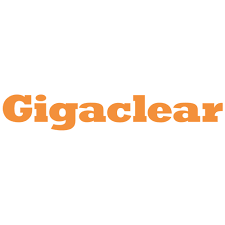 Uplyme residents voiced concerns over broadband equipment dumped by Gigaclear in some parts of their village.

Residents of Uplyme are angry that coils of “ugly” orange fibre-optic cable have been dumped in Venlake and Gore Lane by internet service provider Gigaclear.

“However, they have recently had their contract cancelled by Devon County Council.”

“It means Uplyme residents may have to put up with the dumped cabling for another two years, while Devon County Council's now 'super slow' broadband contract is reallocated.”

“It's very disappointing that Devon County Council has allowed this eyesore orange cabling to be dumped for over a year in Uplyme.”

“Devon County Council are anticipating going out to tender for the problematic Phase 2 Uplyme broadband project in December 2019.”

“The outcome of this supplier hunt in unlikely to be known until the end of 2020, which means no new roll out will probably begin until sometime in 2021.”

“The company is currently evaluating its commercial build but is expected to focus on completing works in progress.

“We will ask them to remove their equipment if they don't need it for their commercial roll-out.”