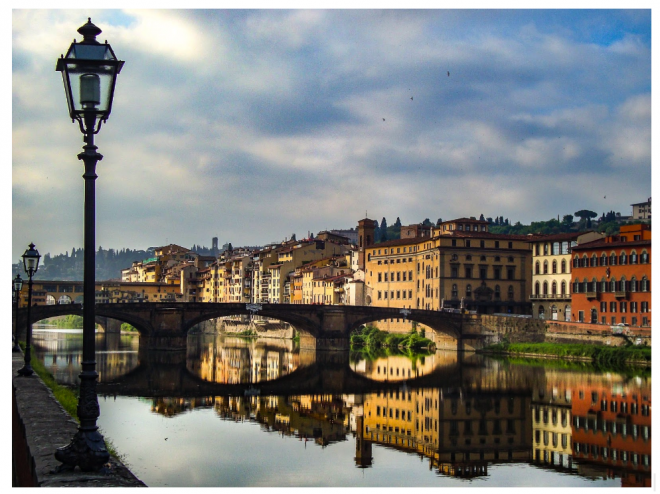 Florence remains the most visited places in Italy.

Florence has been attracting visitors from all over the world for 5 centuries. In the 16th century — artists and sculptors came here in search of inspiration and to learn the skills of the geniuses of the Renaissance. In the 18th century, Florence became an obligatory stage of the Grand Tour — a "great journey" for Western European young aristocrats and bourgeois. In the 19th century, the city gained popularity among the English, who were moving away from damp, foggy weather and strict Victorian customs. In the second half of the 20th century, a boom in mass tourism began — and Florence became one of the most visited cities in Italy.

Florence lives off tourism, so prices here are an order of magnitude higher than in many other places in Italy. For example, a half-liter bottle of drinking water in the center will cost at least €5.

But even in the most expensive city, you can have a great rest, feel the atmosphere and learn all about the national cuisine, while spending no more than you spend at home — if you know where to go. Having a free walking tour Florence, you can save your money and do all these things with pleasure.

It is convenient to travel around Italy by train — for example, you can get from Rome to Florence in 1 hour and 20 minutes, and it will cost €17.60. Fans of budget travel will appreciate an alternative option: Megabus has recently arrived in Florence, and the same route from Rome can be done for just a couple of euros.

Florence is small, and all the sights are concentrated in the historical center. We can say that the city is ideal for those who care about the figure, the environment, and their own pocket, in short — walk on foot.

Main Squares of the City

The catchphrase "beauty will save the world" was coined right here, in "the shadow of Brunelleschi's dome." It is not for nothing that Florence is called an open-air museum — the history of the city has more than two thousand years, and the names of Michelangelo, Giotto, Donatello, Leonardo da Vinci and, of course, the "godfathers of the Renaissance" — the Medici dynasty are associated with the creation of its temples and palaces. You can spend hours walking along the ornate streets of the old city, admiring its architecture and picturesque squares. There is even a dedicated site that lists everything about museums and attractions, but we'll focus on the most important (and free).

Many masterpieces of art are kept in Florence's churches, and this is unsurprising because the Catholic Church has long been their main customer and "employer" for artists and sculptors. When creating their masterpieces, they considered the place where the work was to be located. In the museum, the works are taken out of context and lose some part of the artist's idea. A completely different feeling is created when you look at a sculpture or a picture in the place it was painted.

Basilica of the Holy Spirit. Founded by a monastic order in the 13th century, at the beginning of the 15th century, it was rebuilt according to the project of Brunelleschi. Along the entire perimeter of the basilica, you will see the family chapels of the Florentine aristocrats who lived in this part of Oltrarno.

There is much to see in Florence, from architecture to cultural masterpieces, that is why add Florence to your list of destinations and start planning your trip.