Satellite Built in Cardiff Set to be Launched 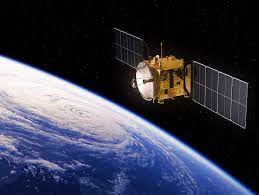 The first satellite made in Wales is to be launched later this year.

The first ever satellite made in Wales is set to be deployed later this year as part of Space Forge's test that aims to launch a returnable and reusable satellite. The firm has partnered with Lumi Space, a high-precision space situational awareness company, for the scheme.

The satellite, which was built in a unit in Rumney where burger vans used to be made, will be part of a launch by Virgin Orbit, which is set to launch multiple satellites into low Earth Orbit.

Space Forge's chief executive, Joshua Western said: "I was passionate about space as a boy, like most kids, but I wasn't very good at science.

"I didn't even know the UK had a space industry until 2014, so I wrote to the CEO of a space company and said 'hello, I'd like a job interview'. Very kindly they gave me an interview and I got a job.

"There, I met my co-founder Andrew (Bacon), who was the most phenomenal engineer and presented the technologies of space to me."

"For 13 months we operated without a building, we were shipping space hardware around Europe to be worked on by our employees. We didn't meet some of them for six or seven months.