Seagate Technology to Cut 8% of Workforce 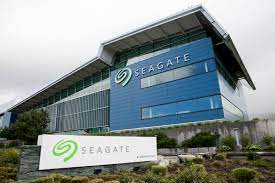 Seagate Technology is set to cut 8per cent of its global workforce in a bid to help the company save £95million.

Seagate CEO Dave Mosley said: “In addition to adjusting our production output, to drive supply discipline and pricing stability, we are implementing a restructuring plan to sustainably lower costs, including a reduction in our global workforce."

The firm currently employs more than 3,000 worldwide, 1,400 of which are located in Derry.

People Before Profit Councillor Shaun Harkin said that members of the workforce had 'deep concerns' about their future.

"I have been contacted by Seagate workers now for quite a while," Cllr Harkin said. "They have raised concerns about a very low pay increase they received recently in terms of dealing with the cost of living crisis.

"I believe these are things that we can empathise with and should support. I want to thank the elected representatives that agreed to sign the letter.

"Workers at Seagate need our support now. People may have seen that Seagate is going to lay off 8% of their global workforce and that has created a lot of concern and worry among workers here in Derry."