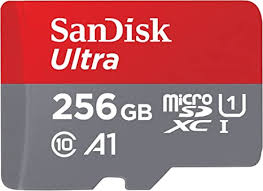 First released in 1999, SD cards became one of the most sought-after technologies. Its high demand came as a result of smartphones, cameras and various other gadgets introducing expandable memory slots that used SD cards.

Another reason for its popularity is the fact that SD cards are compact and come in small sizes. Despite the small size, though, they can hold a large amount of data, which makes them a top choice.

What are SD Cards?

SD cards are storage devices, often considered an alternative to USBs in usability. They come in different sizes, for example, mini, micro, etc. Many gadgets use SD cards through a special adapter to allow them to read and write data into these cards.

SD cards also come in various "classes", which dictate their read and write speeds. However, SD cards aren't limited to gadgets only, as they can also work with computers through special adapters.

SD cards come in various storage sizes as well. In the past, SD cards had lower capacities, such as 128MB or 256MB up to 4GB or 8GB. However, with the advancement in technologies, the standard for SD cards have shifted towards at least 16GB or 32GB. Nowadays, they may also come in sizes up to 512GB or more recently 1TB. The type, size, storage and class of SD cards also dictate its price.

What are the uses for SD cards?

The primary purpose of SD cards is to allow memory expansion or act as storage devices. Almost all smartphones and digital cameras come with SD card slots, which provide users with the ability to expand their device storage. SD cards can also act as a transfer tool, for instance, between computers and devices. In rare circumstances, SD cards can also function as storage devices for computers, same as hard disks and USBs.

How to use SD cards?

Using SD cards depends on the user and the device. For smartphones and cameras, users can insert the SD card into the dedicated card slot and use it from the device. For computers, users may need an adapter which allows computers to interact with the card. Usually, every device will automatically pick up the SD card once plugged in or inserted into it.

How safe is data in SD cards?

As with all other flash storage devices, SD cards are also safe for keeping data. Sometimes, however, users may need to safely remove the SD cards from their device interface before taking them out of the device. By doing so, users can easily avoid corrupted data. In the case of data corruption, users can also use various SD card data recovery services and tools to access their lost data.

What are SDHC and SDXC cards?