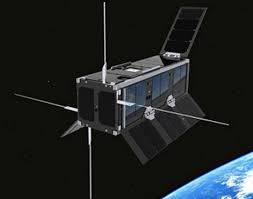 The Ministry of Defence pledges £90,000 for the development of "self-eating rockets".

A project that develops 'self-eating rocket' has received £90,000 funding from the Ministry of Defence's Defence & Security Accelerator (DASA) fund. The project by the researchers at the University of Glasgow in Scotland aims to spur the development of rockets that gobble themselves up on the way to orbit.

"The autophage concept is simple: burn the tanks as well. That saves the excess mass, and it means that we can miniaturize the vehicle without hitting this wall."

He added:" The U.K. has a strategic aim to secure 10% of the worldwide space industry by 2030, and we believe that our autophage engine is uniquely well-placed to help deliver on that ambition. We’re looking forward to continuing our work to develop the engine and help the U.K. find its place in space.

The team has already test-fired a version of the autophage engine that burns all solid propellant. The researchers said that the funding will be used to research the use of a more energy-rich hybrid propellant.

"The body of a hybrid autophage rocket will be a tube of solid fuel, containing a liquid oxidizer," Harkess explained. "The entire assembly will be consumed, from the bottom up, by an engine which will vaporize the fuel tube, add the oxidizer and burn the mixture to create thrust. The engine will have consumed the entire body of the rocket by the time the assembly reaches orbit, and only the payload will be left. It is a much more mass-efficient process."