Sensor Technology Could Hold the Key to Traffic Decongestion 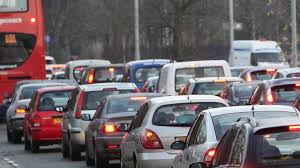 Traffic congestion is a problem that befalls cities all over the world.

London is one of the biggest sufferers in terms of long queuing and pollution, regardless of congestion charges. Many people commuting to work by taxi twiddle their thumbs or play live casino to pass the time.

However, ongoing investment into sensor technology could mean we soon see an end to long queues in the South of England.  In fact, advancements in global tech could result in more and more cities improving their air quality and traffic waiting times.

The Potential for Sensor Technology and Artificial Intelligence

We are already living in an age where daily contact with artificial intelligence is likely.  Services such as Amazon's Alexa and Apple's Siri assistants are significant parts of our lives and their conveniences.  Sensor technology, too, is becoming more commonplace.  Even affordable sensors can capture a host of data to aid with planning and relief.

One suggestion for sensor technology in traffic control lies in allowing GPS devices to connect with cameras that monitor traffic.  That could help to create data which may be crucial in planning for high traffic in future.  There are already systems in place across the UK which will help to predict jams and high traffic periods.  However, as is evident, such planning and forecasting doesn't always go to plan.

Therefore, many councils and metropolitan areas might start looking to IoT, or the Internet of Things, to produce more reliable data and results.  IoT, of course, refers to everyday objects which can connect to each other through data, just as computers and other devices might do via the internet.

In fact, you won't need to look too far to see that sensor technology is already in place in some traffic systems.  For example, innovators at Vivacity Labs, based in London, claim they are ready to help councils take the next step.

Vivacity's proposal for unique sensor technology, based on IoT concepts, could help up to 20 different British councils.  As of October 2019, the firm was ready to roll out trials across the UK.  As of February 2020, news continued to emerge that they put plans in action to work with Siemens on bringing decongestion technology across Bournemouth and Poole.

This, it seems, is all thanks to government funding – which, in times of continuing economic uncertainty, is always a positive beacon.

Specifically, it is funding from GovTech Catalyst, which is likely to help firms such as Vivacity achieve their goals.  GOV UK states that the fund is available to those looking to innovate new public sector proposals to help improve everyday life for millions of people.  Sensor technology is one such innovation which could, with enough funding and support, go widespread in the UK.

This type of technology, however, is nothing new.  Sensors working to help defuse traffic jams have been around for some time now.  It is with the potential for even more traffic on our roads in the future that more people, government officials included, are sitting up and taking notice.

It's estimated that the number of cars on the road now will double by the time we reach 2040.  This, amazingly, is despite the fact that driverless cars are emerging as another way to help reduce carbon emissions.

By this logic, the more driverless cars there are on the roads, the smarter traffic flow will be.  Driverless tech could communicate smoothly with smart sensors, therefore allowing traffic control to plan and forecast clearer than ever before.

The fact is, it is unlikely we will see driverless cars going fully mainstream until the end of the current decade, if not beyond.  That is another reason why GPS and sensor connectivity is seen as a much more feasible alternative in the short term.

In the meantime, individual people are doing their bit to lower decongestion.  Carpooling and smarter commuting are also popular ways to cut down on traffic potential.  However, in the near future, it may be that our cars can all communicate with traffic cameras to help lessen the strain even further.