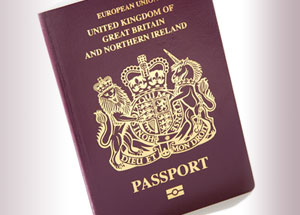 Despite economic strife domestically, the UK has received a record amount of tech Visa applications for September.

The UK Tech Nation Visa allows tech talent from all over the world to work in the countries digital technology sector, contributing expertise and innovation. According to government figures, 122 Visa applications were submitted last month, with the vast majority of applicants being from India, Russia and the U.S.

For the UK, attracting top tech talent from around the world is essential for the betterment of the sector. Crucial technological fields such as AI and cloud computing were the most common backgrounds. In the third quarter of 2020, Visa applications rose by 42% from the previous quarter and were up 8% from Q3 in 2019. As the recent success of Silicon Valley demonstrates, the ability to attract top talent to your country is vital for moving the economy forward into a new digital age.

Stephen Kelly, chair of Tech Nation, stated: “It is fantastic to see that demand for the Tech Nation Visa is growing and that the UK continues to attract exceptional tech talent from all over the world”. He goes on to assert that, “The data flies in the face of claims that remote working and Covid-19 will deter people coming to the UK to work. Quite the contrary; in an environment where talented entrepreneurs are facing potential obstacles in moving to the US, the UK is a natural home”.

Kelly’s specific name drop of the U.S raises an interesting point about how the UK could capitalise on America’s current political turmoil. Under President Donald Trump, a great deal more limitations have been placed upon those seeking Visas – With even highly skilled applicants struggling to gain entry. It goes even further than that, however, as the so-called ‘Muslim Travel Ban’ will deny talented individuals from majority Muslim nations the opportunity to live and study in the U.S. By contrast, the UK could very much capitalise if America maintains its hard-line stance.

“Maintaining the ability to attract talent from abroad is critical for our economic recovery”, says Kelly. “25% of those who receive a Tech Nation Visa are founders. These individuals are setting up businesses across the UK, bringing capital and jobs that are fuelling our economic growth. In 2019, £10.1bn was invested into UK tech companies, which created 2.92m jobs”, he continued. Try using timesheet software like Deputy.

“As countries like France, Germany and the Netherlands become more competitive tech ecosystems, it’s essential international entrepreneurs feel welcome. In addition to low administrative burdens, we need to continue to have support structures in place for a soft landing when talent arrives as well as favourable business environments. But finally, as we consider the long-term effects of Covid-19 and as borders collapse as we move to the cloud, the UK needs to carefully consider the future of the digital nomad”, the chair of Tech Nation concluded.

Tech Nation has recently expanded, with a host of key figures joining the organisation over the past few months. Annette Wilson, Eric Collins, Hussein Kanji and Trecilla Loco were all appointed to the board, to help support UK scaleups. Given the hostile environment that scaleups currently exist in, this move comes at just the right time.

As the global economy continues to reel from events in 2020, the onus will very much be on start-ups to try and steer nations towards a brighter future. The British government appear to understand this more than most, though it remains to be seen what sort of impact Brexit will have on such an arrangement in the years to come. Nevertheless, for the time being, the UK remains a very popular destination indeed for some of the world’s top tech talent.