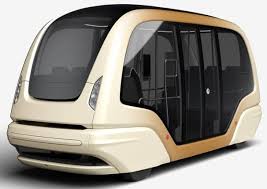 Shildon is set to become home of the world's first zero-emission transport system.

Launched by UK-based tech start-up Urban.Mass, the technology comprises driverless electric pods designed to travel on both rail and road. They are hoped to increase connectivity in UK cities to help cut carbon emissions, air pollution and congestion.

CEO of Urban.Mass, Kevin O’Grady, said: “Local people might be sceptical but everyone was sceptical about Stephenson’s engine back in 1825 as well. People thought that travelling at 30mph would make your body parts fall off!

“It’s almost 200 years since the UK invented passenger rail – it’s time to once again set a new global precedent and upend the status quo of transport.”

The system features flocks of driverless electric pods and offers door-to-door on-demand ride-hailing transport. The "pods" are used to collect passengers from anywhere in cities and towns on-demand using existing road networks. They then link together as trains and travel on elevated tracks, avoiding traffic in the process.

Councillor Elizabeth Scott, Durham County Council’s Cabinet member for economy and partnerships, said: “This addition to Locomotion will only help to increase the number of visitors to the site and the wider county.

“Our area is synonymous with the birth of the modern railway 200 years ago, so it is fitting that this latest revolution in technology will be on display in the county for the public to see.

“The development is also in line with our own ambitions to make County Durham carbon neutral by the year 2050.”