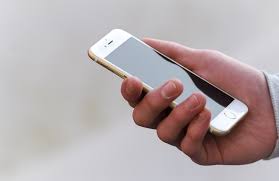 Hartlepool to clamp down on antisocial behaviour using a smartphone app.

Hartlepool Council is looking at the possibility of introducing an app to tackle antisocial behaviour.

Cllr Tony Richardson said that the same technology, which is already being used by the likes of  Durham County Council, Sunderland City Council, Thirteen Group and Darlington Borough Council, could be used to allow residents to report and log noise complaints.

He said: “It saves you putting feet on the ground, they can use the app, phone it in, and then the officer can say right then, we’ve got a problem in say Stockton Road, 10 people have phoned in with the app.

“I can’t see why we’re not using it, it could benefit.”

Cllr Lee Cartwright, who supports the proposal, said: “It is an app which the Government actually recommends to use, there’s a lot of councils that already do use it.

“I think it will benefit every single person within Hartlepool with regards to antisocial behaviour and particularly noise complaints.”

Cllr Brenda Harrison described the proposal as a "great idea". She said: “I think this is a really good idea, I am a Luddite when it comes to technology but at the same time I do see that it poses some really good things.

“I also think anything that can help tackle antisocial behaviour has to be good.”