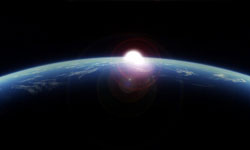 Putting humans into space is one of humanity’s greatest achievements.But few people realise the immense impact space travel has had on our daily lives

The Inventions Space Travel Gave Us

Slurping fruit punch from a special freeze-dried container while floating around weightlessly and peering at some of the best views the universe has to offer may not be an experience written in everyone’s stars, but that doesn’t mean space travel hasn’t benefited those of us largely earthbound in incredible ways. In fact, nearly every sector of humanity’s shared economy has benefited in some way, shape, or form, from the sending of astronauts into space.

These are just some of the wonderful inventions we would probably not have had were it not for visionaries and scientists attempting to reach the stars.

The Scratch-resistant lenses those of us relying on the use of spectacles peep through today, are the result of an attempt by the Lewis Research Centre to create and develop coatings as hard and resistant as diamonds, for several aerospace systems.

From the centre’s research and progress later evolved the technique now patented for the purpose of scratch-resistant lenses.

A company called Thiokol Propulsion developed technology for the neutralisation of the explosive agents inside of landmines by making use of surplus rocket fuel developed by NASA. By doing so, the space agency disposes of propellant waste without any negative impact on the environment – while at the same time enabling Thiokol Propulsion to access those materials needed for life-saving demining technology at a significantly reduced cost.

Emergency foil blankets used to prevent hypothermia are nicknamed space blankets for a reason. Also known as solar blankets or simply emergency blankets, these foil/metallic sheets evolved from a lightweight variety of insulator initially developed by NASA for the protection of spacecraft and astronauts.

The technology used by San Diego-based Diatek Corporation in a new infrared thermometer designed in 1991 was based on underlying technology developed by NASA’s Jet Propulsion Laboratory in California.

Even now, NASA-innovations pertaining to shock-absorption materials, robotic movement, and extra-vehicular out-of-space activities, are being adapted so as to create better functionality and a wider scope of movement in artificial limbs for humans and animals.

The gadget we today consider an extension of ourselves when navigating our computer screens and play games at https://onlinecasino.com.pk/ is the brainchild of a 1960s NASA researcher. NASA was at the time of the development of the research attempting to improve the way in which data was manipulated on a computer screen. The research eventually led to birth of the humble computer mouse.

Our homes aren’t naturally or magically temperature controlled. For that, we rely on home insulation. But not everyone knows that home insulation started out as NASA-developed aluminised polyester. Today, Radiant Barrier is used in most home insulation setups – keeping us warm in winter and cool in summer.