Split-Screen Gaming: Does it have a future? 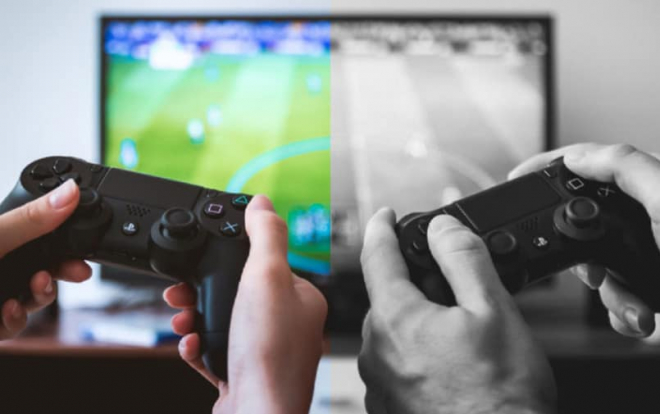 Online multiplayer is now enjoyed by people across the world, leading to developers switching their focus to split-screen multiplayer.

Split-screen multiplayer gaming dates back to the 1970s. Over the next few decades, the sight of friends huddled together around a single television became extremely common. Since the mid-2000s, new technology has enabled us to play games with those same people without leaving the house. Online multiplayer is now enjoyed by people across the world, leading to developers switching their focus, so does split-screen multiplayer have a future?

The changing ways we play and compete

There's been a clear shift in the way we play games against each other. This shift can be seen inside the traditional video game world and outside of it. Anyone with a computer and an internet connection quickly developed the ability to play games online against friends and strangers, with casino games being a popular example of this due to the range of immersive options. You can play a game of online roulette and get transported to the legendary casinos of Las Vegas with the bonus of playing against others. Hugely popular genres such as MMORPGs, MOBAs and Battle Royales highlight how the range of online options in conventional video gaming continues to go from strength to strength. So, how can split-screen compete with this?

Despite all of this, there is still some demand for offline multiplayer. It Takes Two, a game launched in March 2021, placed a big emphasis on split-screen co-op. The fact EA promoted a game with this being a key feature could indicate that split-screen does have a future. Previously, the launch of the Nintendo Wii seemed intent on getting us all to play together in person again. Nintendo carried this on when they launched the Switch a decade later. Outside of Nintendo, sports games such as FIFA are still enjoyed for their offline multiplayer. The feeling of a last-minute winner when your friend is in the same room can't be beaten.

Before we look towards the future of multiplayer gaming, it's worth looking at iconic split-screen games from the past. The earlier editions of Mario Kart were some of the most popular multiplayer games. The drama of a race on Rainbow Road seemed so much more intense when the other gamers were a few inches or feet away from you. The newer editions are the rare examples of games where online and offline multiplayer are promoted equally.

Goldeneye is a game often seen as the start of the FPS's journey into one of the most popular genres. Even today, the game is still popular among gamers and is has been included in many best-ever type lists. The downside of the older shooting games on split-screen was the lack of space on the screen. Now games such as Fortnite see 100 players competing in a Battle Royale format. We've come a long way from playing a two v two deathmatch on the Nintendo 64.

The big question looking into the future is how much time the big companies will spend crafting a multiplayer experience that can be enjoyed offline. While Nintendo has seen success with their consoles, you'd have to question the long-term impact they've had in the industry. As a result, split-screen and offline multiplayer could become a thing of the past.