Stellaris Given a Fresh Lease of Life with Nemesis Expansion 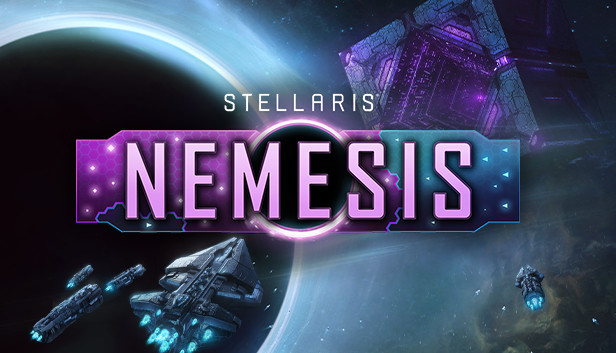 Since its launch in 2016, a stream of changes and updates to Stellaris from the game developer have shown great commitment to the genre.

Given the success of the recent expansions and mods, and the long line-up of things to arrive, it looks like the space faring game still has a lot to offer to grand strategy fans.

This space-faring grand strategy game from Paradox has now evolved into a full-blown 4X game that has plenty to offer to fans, in all areas right from character creation to population growth and everything in between. So, what can you expect?

After few hours into “Stellaris”, set somewhere in the 2200s, you’ll feel like you’re right in the middle of a game that kind of grows on you. It wasn’t the case back when it launched, though.

For a game that was supposed to be genre-defining, Stellaris lacked the addictive magic everyone thought it would provide. The gaming pundits thought that the game offered a lot of promise in the initial stages with a lovely early game, but, other than that, it had nothing to write home about. There was a growing chorus of criticism and the most devout fans of grand strategy gaming out there who thought that the game had a lot going for it especially in the early part but struggled to carry the pace throughout.

But credit to Paradox Development Studio, the game developer, for sticking to their guns and continuing to put out changes by way of expansions, modifications (mods) and downloadable content (DLCs) that bring new moments of wonder. The latest version of the game puts a spin on 4X gaming in its own way, opening up a whole new world of space adventure that grows on you like anything and consumes you until you’re fully engrossed in the action.

Sprawling grand strategy game Stellaris has had a stunning makeover. But how does the end game feel like now? Is it any different than the lacklustre endgame that the original version came with? What does the new version offer? Let’s dig in.

A Lot of Things have Changed, Making the Possibilities Endless

Suffice to say, the game has really come a long way in the face of criticism and the latest version is a mere shadow of the one that rolled out five years ago. Even though the basic objective is still pretty much the same (achieve galaxy dominance through your own way, build diplomatic, co-operative ties with allies with other empires inhabiting the galaxy, and wage a battle on those that refuse to deal with you diplomatically and peacefully) the mechanics, balance and sheer range of options that you can make use of have grown significantly over these years, radically altering the possibilities presented in the game.

With exciting expansions, mods, and a number of DLCs, the game developer has turned it around for the franchise, as there is plenty of action and drama waiting for you. Back-to-back roll-out of expansions like Utopia, Federations, and the Nemesis, in addition to DLCs has added a surprisingly huge number of outcomes to this grand strategy game, which was bereft of a proper end game when it burst onto the scene.

Nemesis: The Latest Expansion with the Ultimate Endgame

It all quickly boils down to alternatives, as far as the Nemesis expansion goes. The basic theme of this expansion revolves around key choices that you could make that could make or break the game. Presenting a wide array of outcomes, Nemesis allows players to choose between ruling the galaxy, saving it, and destroying it. In doing so, it has smartly managed to do away with the air of malaise surrounding the later stages of the campaign for the past five years.

And that’s not all, the new choices that the Nemesis expansion brought forth give a fresh lease of life to some of the recent features introduced through other DLCs, thereby encouraging players to bring their A-game to the table strategy-wise.

What’s the Recent Expansion All About?

The Nemesis allows players to be the ultimate power that they can be. It puts in their hands the authority and power to go on a conquering spree, make a vassal of planets and obliterate things (and that includes stars) just for the sheer fun of doing it. In short, it presents an opportunity to dominate colonies of rival factions so you can accrue power and become menacing enough to gain supremacy and wield the galaxy-ending Aetherophasic Engine, which is a weapon of mass destruction that threatens the very existence of the galaxy. As your space empire grows to become an increasingly menacing power, the game gifts ascension perks, and powerful bonuses invoking which you can bring out a galactic apocalypse in no time. Channel your inner Thanos and snap your finger to wipe out the galaxy. It’s as simple as that.

Perhaps you want to go down a different route. How about reining in the troublemakers? Take control of the galaxy to stop the endgame crisis whenever there’s serious trouble brewing. Run a campaign to become the Galactic Custodian, a position that vests special authority in you to pull rank on other empires and stop galactic annihilation. Once you’re successful in thwarting the crisis, you may as well continue to hold on to those powers and announce yourself as the head honcho of the galaxy.

These are broadly a few possibilities presented by the recent expansion. And there’s surely a lot more like this. How has the reception been in the community to these perspective-bending changes? The players aren’t complaining. And that includes the experienced players who still swear by Stellaris, the apprehensive players who disappeared for a while only to return now that several aspects of the game have improved significantly, and newbies who’re just getting started on their spacefaring adventure and looking for some valuable tips on Stellaris how to expand borders. All of them appreciate how immersive the game is now. They enjoy sinking their teeth into the game’s complex layers of research, mining, diplomacy, deception, and espionage, as they go about wandering around space in pursuit of galaxy domination.

The sprawling space adventure game is now a clear departure from what it looked like a few years ago. It has gone through a spate of inspiring changes, slowly and steadily evolving into one of the best sci-fi based grand strategy titles that are there. That’s exciting news for the devout fans of the Stellaris who’re quite ecstatic about the updates and new stuff that the game developer has lined up for them in the months to come.