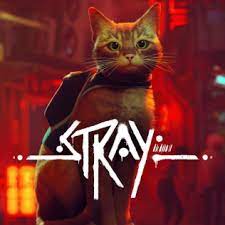 A new BlueTwelve game, Stray, has become an internet sensation.

A new BlueTwelve game, Stray, has become an internet sensation. Centered around the web’s favorite animal, cats, the game is set in the mysterious enclave of Hong Kong, Kowloon Walled City, where these feline heroes explore their surroundings, go on adventures to solve puzzles, and escape their enemies.

The game has charmed humans and cats alike, but now gamers are using it to advance a good cause - they are streaming Stray on Twitch for audiences to raise money for animal shelters and other cat-related charities. Multiple charities have reported seeing an increase in their weekly donations, and most attribute this sudden spike to Stray.

This game is so popular among cats and humans alike because cats in Stray are incredibly realistic, down to the sounds of scratches on different surfaces and their movements. In fact, the game heroes are so realistic that cats can’t seem to look away from the screen when their owners are playing Stray. Gamers worldwide have been posting their cats watching the Stray on TV, fascinated by the realistic movements and sounds in the game. A Twitter account, @CatsWatchStray, has compiled hundreds of videos of cats being fascinated by Stray.

As a surprise to no one, the game’s development team is mainly made up of cat lovers. 80% of people who worked on the game have their own cats. The Guardian writes that cats were usually in the studio as the team was perfecting Stray. One of the game's co-founders, Swann Martin-Rage, took inspiration from his cat, Murtaugh, for the heroes’ visuals. When it comes to the outstanding visuals in the game, the founders say that they have long been fascinated by Kowloon Walled City and felt that its essence would be perfect for the curious felines and decided to turn it into a game.

Of course, the game developers hoped that their game would be well received. Still, they could not have anticipated the game's instant popularity and the campaign to bring real-life benefits to animal charities through Stray. According to Twitch, Stray was the platform's most watched and broadcast game on the launch day.

While streaming for charity isn't unique to Stray, the pace at which the game evolved into a toll to help shelters was definitely impressive. Still, the majority of the credit for this campaign should go to Annapurna Interactive.

Annapurna Interactive, the arthouse published behind the game, partnered up with the Nebraska Humane Society before the big launch. The publisher gave them four copies of Stray to give away and solicited donations for five dollars to enter into a raffle. Thanks to this

partnership, Nebraska Humane Society raised $7,000, in addition to the $1.035 they received from Annapurna Interactive.

But Annapurna Interactive’s Stray-related charity work didn't stop there. The publisher also bought out Meor Parlor, a cat cafe and adoption agency located in New York, for a weekend before the launch and donated $1000. Visitors could buy Stray-themed merch and play the game for 20 minutes. Jeff Legaspi, Annapurna Interactive’s marketing director, said that the company wanted to impact cats and bring more awareness to adoption agencies positively. This is probably a big part of why Stray gamers felt inspired to give some love to actual cats and help out the relevant charities soon after the game’s initial launch.

While Stray going viral is definitely a good thing, gamers shouldn’t forget about safety precautions. Even if a game features cute cats, it can still pose a threat to your cyber security. Hackers will often target the game of the moment, as they know that they’ll be able to attack a large group of gamers all at once.

To stay safe while playing Stray or any other popular game, ensure that you are using a VPN every time you go online. VPN or a virtual private network conceals your IP address, granting your privacy online. This way, if there is a breach in the game, your personal information won't get compromised. And don’t worry, you won’t lose any internet speed if you get the fastest VPN.

Secondly, use strong passwords, and don't reuse the ones you have for other accounts. While this may seem like too much work, by using different passwords for each account and making them difficult to guess, you are drastically reducing your chances of getting hacked or losing your accounts in case of an attack.

Lastly, make sure that you are limiting data access in the game. A lot of times, you don't need to hand over every single piece of information that the game asks for. Instead, you should only hand over the essential details for a good gaming experience. This way, even if the attack occurs, the hackers won’t have access to any of the sensitive data.