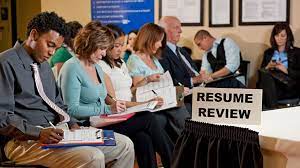 Superfast broadband is planned for the first new employment site in the Dales as councillors agreed to invest £50,000 for the needed infrastructure.

The £3.5million Langcliffe Quarry Enterprise Centre near Settle, which is the first new employment site in the Dales for many years, is nearing its completion. According to Craven District Council, which is tasked with redeveloping the site, the centre will be ready and functional in May.

The project involved the redevelopment of former buildings on the site, which lies next to the world-famous Settle-Carlisle railway line. It also supports the preservation of the nearby historic Hoffman lime kiln, one of the best preserved in the world. It will feature 26,000 square feet of new business space, which could be used as shared facilities such as training and meeting rooms.

Deputy chairman, Cllr Simon Myers said it was a fantastic development which had received match funding from the local enterprise partnership. He said: “It is the first development of an employment site in the national park for many years,”

“Making sure the new enterprise centre has access to gigabit broadband is key to the centre’s success, so we are delighted to be working with B4RN to enable a choice for businesses.

“B4RN has continued to expand within Craven through the hard work of a series of community led initiatives. This expansion by the district council enables more businesses and premises to benefit from gigabit broadband speeds and I hope it will help facilitate more communities to benefit from the opportunities B4RN can provide.”