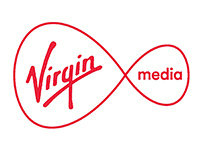 Virgin Media is bringing superfast broadband service to more than 400,000 homes across Northern Ireland. The next-generation Gigabit broadband service with average download speeds of 1,140Mbps will cost at least £62 per month and comes with an 18-month contract.

The service aims to address slow broadband speeds in times when many employees and students rely on the internet for work and study. Virgin Media has invested £150million to improve connectivity in Northern Ireland and in expanding its network across the country.

Virgin Media said: “The province is the first area to benefit from a complete region-wide Gig1 launch.

“Today’s launches mean that, in total, 6.8 million homes across the UK can now access these hyperfast speeds from the nation’s largest gigabit provider. The Government has set a target for all UK premises to have access to gigabit speeds by 2025.

“The next-generation launch comes as new research reveals that people working from home are wasting an average of 11 minutes per day to slow broadband – equivalent to four full working days since the start of lockdown in March.

“Virgin Media’s Gigabit Opportunity report identifies that eradicating this lost time with gigabit broadband could unlock a potential economic benefit worth more than £11bn a year in saved working hours.

Economy Minister, Diane Dodds, said: “I welcome Virgin Media’s investment in NI and this significant achievement in further expanding gigabit capable fibre services to citizens and businesses. This comes at a time when the importance of telecommunications has become so prominent. Connectivity will play a vital role in re-building the NI economy as we emerge from the Covid-19 crisis.”

“Whatever the future holds, we’re connecting our customers to what’s next.”