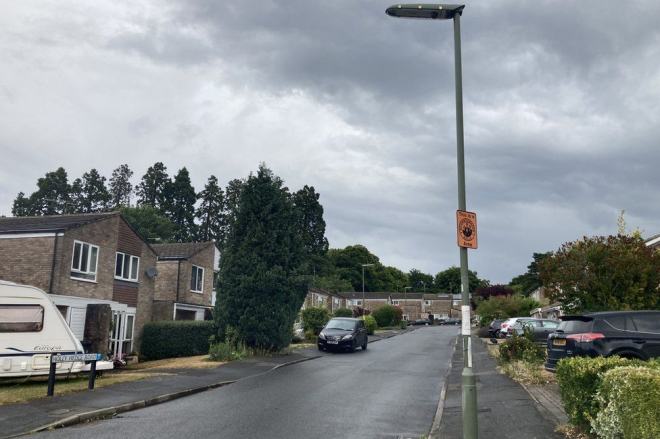 Surrey residents complain about telegraph poles that were installed outside their homes without their approval.

Surrey residents are outraged about telegraph poles that were built right outside their homes without their approval.

One resident, who said she had returned home to find a pole at the end of her drive, posted online: "Came home from work last night to this. I don't want this eyesore."

Toob, a broadband provider, is in the process of building a new network of fibre-optic cables as part of a government scheme that aims to roll out fibre broadband coverage across all of the UK by 2023. The firm has recently confirmed plans to extend its coverage to Guildford, Mytchett, Frimley Green, Ash, Ash Vale, Tongham, Woking and West Byfleet.

Changes to the law since April this year give permitted development rights to designated communications network operators rolling out broadband. This means that they can build poles without the need to apply for planning permissions from the local planning authority.

Paul Reynolds and his neighbours in Holly Hedge Road in Frimley, said they were "totally opposed" to the poles.

He said: "How can this be allowed without consultation with residents?

"There are already underground ducts along the street used by BT and by Virgin so there is no logic in fitting poles.