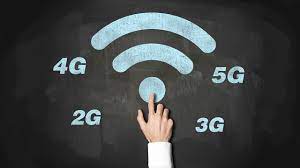 Residents and councillors not happy about Three's plans to build a 5G mast on 'treasured' Sutton Coldfield green space.

Three's proposals to build a 5G mast at the corner of Heath Croft Road and Little Sutton Lane in Mere Green Sutton Coldfield have been approved following a year-long planning battle.

The decision was described by residents and local representatives as an 'absolute disgrace' as it will cause a loss of amenity and green space for the community.

Mobile firm Three's application for the mast was rejected a year before. However, its latest application was approved by Birmingham City Council, with a provision that the mobile company will submit its proposed colour for the mast and cabinets to the city council for approval.

“A lot of residents were against that and they have been disregarded. It’s a disgraceful decision and Birmingham [City Council] should hang their heads in shame.

“There are a number of these 5G masts and it’s too much.

“I think we write a letter in the strongest possible terms against it.

“There’s a proposal to paint it green so it matches the trees.

“You go up Chester Road by The Crown and they have these. It’s an absolute disgrace and makes a complete mockery of the process.

“I don’t accept that there are no other sites.”

The committee’s chair, Cllr Clare Horrocks (Four Oaks, Cons.) said: “I received a number of comments in lockdown that this space wasn’t being mowed.

“During lockdown people were going out and tidying that space themselves. I had so many emails on this bit of land. It’s incredibly sad this has been a lost asset for the community.

“We are very disappointed at the loss of a much-utilised green, open space for the community that very much values that space.”