Swindon Outskirt Villages Could Miss Out on Superfast Broadband 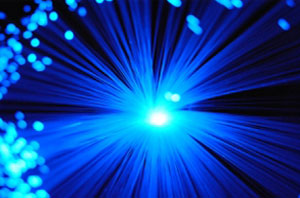 Residents of rural areas in Swindon are being urged to pledge their Government voucher with Openreach so they wouldn’t miss on superfast broadband.

Residents of Wanborough, Chiseldon and Liddington are being urged to sign up for government vouchers that could be used to pay for the installation of gigabit broadband in their homes. To date, the target amount of properties is yet to be reached. If residents fail to meet the targeted number by the end of the month, the £1million allocated funding will not be awarded and the internet speed upgrade will not be carried out.

Paul Gurr, a resident who runs a business from home said: "It's been a struggle because I'm trying to demonstrate our product to customers but having to explain that it's slow because of my internet, not because of the web software itself.

"I have to plan meetings around times of the day because the speed is so inconsistent, and my children can't stream anything while I'm in them.

"We're not in the middle of nowhere, we're right next to a large town but the speed struggles to get above 10mbps some days."

Ward councillor Gary Sumner said they needed 40 more homes to pledge their Government vouchers in the next four weeks in order for the scheme to push through. Banners and posters have been set up around the area in a final push to encourage people to sign up for the scheme.