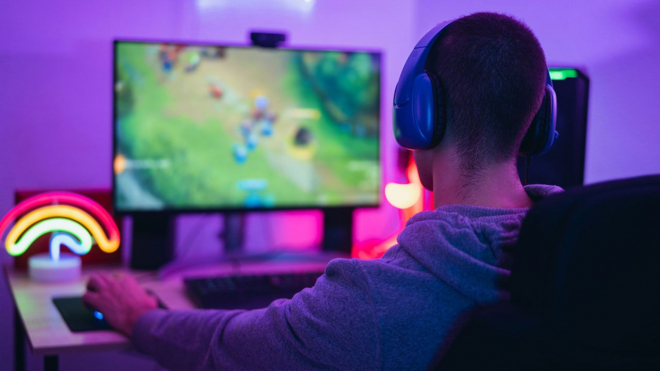 The technology industry become such a popular entertainment medium is because of the rapid advancements in computer tech.

It’s easy to forget that gaming is a technology industry, but the main reason why it’s become such a popular entertainment medium is because of the rapid advancements in computer tech. It’s why we’ve gone from the PlayStation to the PlayStation 5 in 26 years and from Tekken to Horizon Forbidden West. Yet, it took home video 20 years to go from the DVD to Ultra HD Blu-ray.

Now, we might just be in the golden age of gaming, with its popularity at new heights, accessibility constantly improving, and the quality of even the smaller releases being far better than before. Here, we’re having a look at some of the tech breakthroughs powering modern gaming as well as what’s to come to propel the industry further.

Lightning makes all the difference

It might sound a bit daft to suggest that a grand technological breakthrough in gaming has been the ability to apply realistic lighting to games. However, when open-world experiences and graphical fidelity are huge talking points, the impact of ray tracing is colossal.

While it’s been around for quite some time, gaming hardware has now been developed to the point where ray tracing can be applied to vast titles. Diffused lighting, reflections, shadows, and atmospheric lighting effects all make an impact on the gameplay experience. Its showcased impact on Shadow of the Tomb Raider, Metro Exodus, Battlefield V, Doom Eternal, and even Minecraft is quite incredible.

Mixing up the core of the game genre

If there’s one form of gaming that people frequent to experience the same mechanics that they’re used to, it’s online casino gaming. Everyone knows that the roulette wheel has 37 numbers, the aim of blackjack is to get as close as you can to 21 and beat the dealer, and that video slots have three or five reels with symbols of the same size and a set number of paylines.

That’s not the case anymore, though. Once upon a time, there were just classic card games translated to the online medium. However, these days, we have titles such as Bonanza Megaways ranking as one of the best slots online. This is because, with the introduction of the Megaways mechanic, as many as six reels are in play on each spin with a variety of symbol sizes. Each reel could land up to seven symbols, and then there are the additional symbols along the top of the game. As a result, the number of paylines jumps around, with as many as 117,649 being in play on any given spin. Evidently, the increased element of luck with this new iteration of a classic game is resonating well with online users, owing to the fact that these titles are frequently appearing in the 'most popular' category or at the top of online directory ranks.

Feel the moment with advancements in controller features

The next generation of console gaming didn’t just bring enhanced consoles. Of the two new controllers, Sony clearly went above and beyond to deliver the next-gen experience with DualSense. Of all of its features, the adaptive triggers stand out during gameplay.

Particularly apparent when shooting guns, drawing bows, or slinging webs, the adaptive triggers create locking spots, resistance, and additional snap, so it feels like you’re fully in control of the actions on-screen. In this controller deconstruction report, it was found that a lever, geared wheel, and worm gear combine on an electric motor to provide the different feedback and input requirements from the DualSense.

On the horizon for gaming tech

The tech that everyone’s talking about right now, but might not see in action for quite some time, is Unreal Engine 5. Said to offer massive amounts of details through its virtualised micro polygon geometry system, dynamic illumination and reflections, and high performance, it seeks to realise the potential of modern gaming hardware. Also on the way is Ubisoft’s cloud-powered Scalar to enhance massively social experiences.

There’s a lot to love about the technical innovations of modern gaming, but by all accounts, there’s a lot more to come very soon.